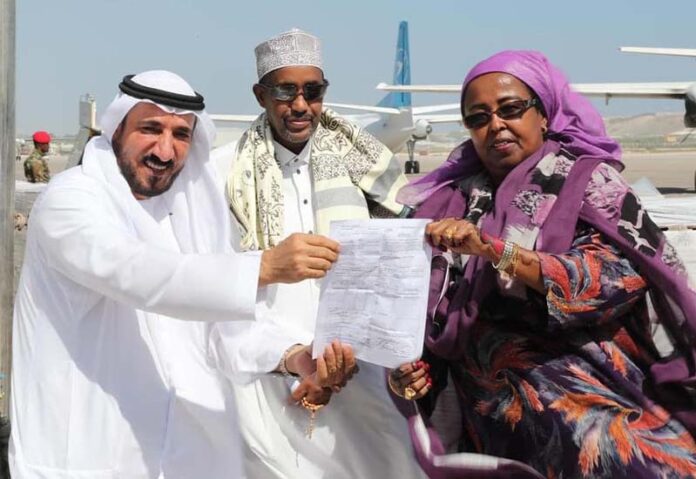 Somalia’s PM Mohamed Husein Roble on Friday publicly apologized to the UAE over the confiscation of cash by security at Adan Adde Airport in Mogadishu.

The move led to the security of diplomatic ties between the two countries.

About $ 9.6 million in cash was taken from a plane that had arrived from the UAE and the UAE government said that it sent the money to support Somali army in its fight against Al-Shabab militants.

Somali authorities who had taken Qatar’s side in a dispute between Gulf Arab nations, claimed the money was smuggled into the country illegally.

Speaking alongside UAE ambassador, Somali PM Mohamed Husein Roble promised to return the seized money cash to the middle eastern country and hoped that his gesture would revive diplomatic relations after years of hiatus.

Roble also heaped praise on the UAE govt for sending the first shipment of aid meant to help affected by droughts and water shortages in Somalia, months after he declared a state of humanitarian emergency.

PM’s remarks have come amid a power struggle with the President Mohamed Abdullahi Farmajo, who is a key ally of UAE’s arch-rivals Qatar and Turkey, and just 10 days after he said he had survived a coup attempt orchestrated by his rival.

In a letter issued hours later, President Farmajo ordered the central bank governor not to release the money, arguing that it had been smuggled into the country illegally.

The Council of Presidential Candidates that brings together opposition groups hailed the PM’s decision and thanked the UAE over the shipment of aid it sent to help drought-stricken Somali citizens.