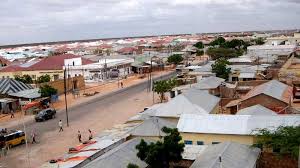 Nine people were killed Friday night in Galkaayo in an alleged revenge attack following the murder of an intelligence officer.

Sources in Galkaayo told the media armed men rounded up 11 people believed to be from South West state and opened fire on them. Two of them survived the bullet wounds.

“They thought all of them were dead but two men who were among the dead cried out for help,” an eye witness said. The assailants fled the scene after the killings. An intelligence officer in the area had been shot dead hours earlier.

Meanwhile, the federal government and MPs have condemned the killings and called for investigations into the incident.

“We condemn this unacceptable killing of innocent civilians in Galkaayo and the previous ones in Dhusamareb. The government will work the local leadership and elders to investigate these killings and bring the perpetrators to book,” Information Minister Mohamoud Mareye said.

Three people who were in their farms were sprayed with bullets last week in Dhusamareeb. Sources said the killings were related to clan rivalries.