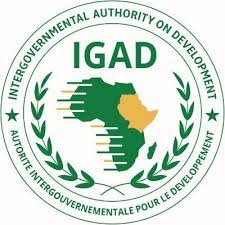 With the exception of the Government of Kenya, the confederacy of IGAD states is opposed to the sovereignty of the Republic of Somaliland or even its existence. The external manipulation of the front-line states is the root cause of the failed Somali state. Unless this invisible factor is completely removed, any political solution will be as remote as it has ever been. The AMISOM military contingent in Somalia is composed of the front-line states. The rump state of Somalia is a cash-cow that adds millions of dollars to the treasuries of the said states and as long as that tap is on, the people of Somalia will never enjoy peace or a stable government.

In addition to the above, seven of the eight member states of IGAD have serious political issues among themselves. Eritrea and DJibouti has boundary issues to be resolved; Ethiopia and Eritrea are currently at war with Sudan/South Sudan; Kenya and the so-called federal government of Somalia have maritime boundary problem currently under arbitration at the International Court of Justice.

That leaves the state of Uganda the only member of IGAD with unresolved with its neighbours. The union of IGAD is in a deplorable state of shamble and therefore, is not qualified or fit to handle or convene any future talks between Somaliland/Somalia. Before IGAD embarks on this subject, let the league put its house in order. This stark reality precludes IGAD to be involved in any Somaliland/Somaliland negotiations.

The ulterior motives of some IGAD members are not compatible with the aspirations of the people of Somaliland. Ethiopia and DJibouti are scheduled for election next year. The appointed head of the so-called federal government of Somalia is due for a second appointment next year. That makes Somaliland/Somalia talks the battle ground to score political points.

That being the case of politics in the Horn of Africa, the recommendations of the African Union fact finding mission to Somaliland from April 29th to May 4th, 2005, are the reference marker for any future Somaliland/Somali talks. The African Union is the venue to close this chapter of Somali history. If the AU cannot resolve the issue, the matter will be taken to the international Community.

A note of caution for those who made an eternal political self-actualisation to re-engineer a modern Somali state. For those who adamantly pretend to ignore the current political re-configuration of the collapsed Somali state, let them know that the statement below is a true reflection of the sentiments of the people of Somaliland:

Once again, let me re-iterate the quote:

Indeed, the price of chains and slavery was hefty on the people of Somaliland- The sum total of human lives lost exceeds 50,000 to 250,000- One of the genocides of last century! The value of the property looted and/or destroyed is valued at tens of Billions of Dollars, and the environmental degradation was incalculable.

In conclusion, to the people of Somaliland, any tinkering with their sovereignty from any quarter, be it IGAD or elsewhere, is tantamount to a political suicide. It came through sweat, blood, and tears and is not negotiable under any circumstance. Any attempts to resuscitate the failed Somali state are doomed to fail. The phoenix that rose from the ashes of the inferno will never entertain such delusional endeavours no matter what.