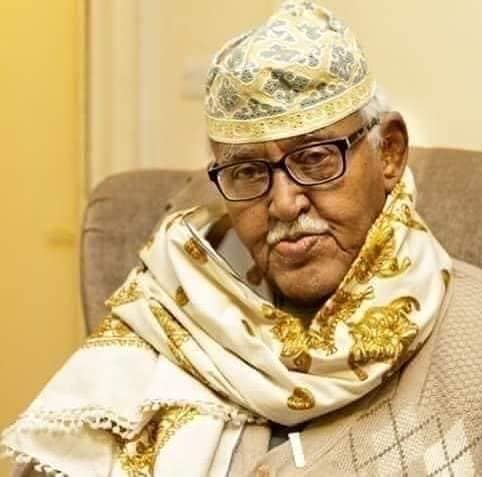 Famous Somali musician Mohamoud Ismail Hussein aka Hudeydi, has passed away on Tuesday as a result of complications of COVID-19.

He died in London hospital where he was in the intensive care unit battling the deadly coronavirus pandemic.

Hudeydi was born in the port city of Berbera in 1928. His father was a police officer in the Aden protectorate. He moved to Aden when he was at a tender age and grew up there.

He lived in Somali neighborhood where he become fluent in Somali.

He spent many years living in his mother’s hometown, Buhodle to flee from the scorching heat in Yemen.

The late Hudeydi become the third Somali victim that died of complications of COVID-19 in London besides Abdulkadir Mohamed Farah, a former soccer player and coach, and former Somalian PM Nur Husein known as Nur Adde.

The Somali musical legend Abdilahi Qarshe mentored Hudeydi to excel in the Oud before Yemenis had introduced to him.

Somalis are commiserating the death of Hudeydi and sending their heartfelt condolences over his passing away.