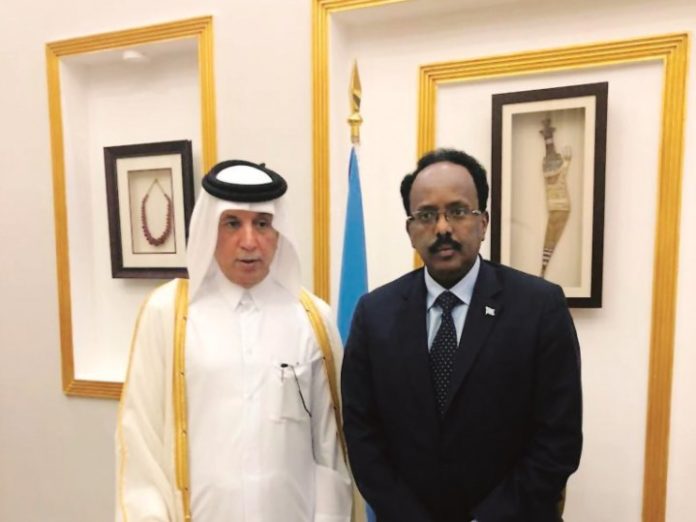 At the outset of the meeting, the Minister conveyed greetings of Amir H H Sheikh Tamim bin Hamad Al Thani to the President and his wishes of further progress and prosperity to the people of Somalia.

For his part, the President entrusted the Minister to convey his greetings to H H the Amir and his wishes of health and happiness to him as well as his wishes of more progress and prosperity to the people of Qatar.

During the meeting, the President thanked the State of Qatar for its efforts to support the government and people of Somalia. The two sides discussed bilateral relations and means of boosting them in various fields.