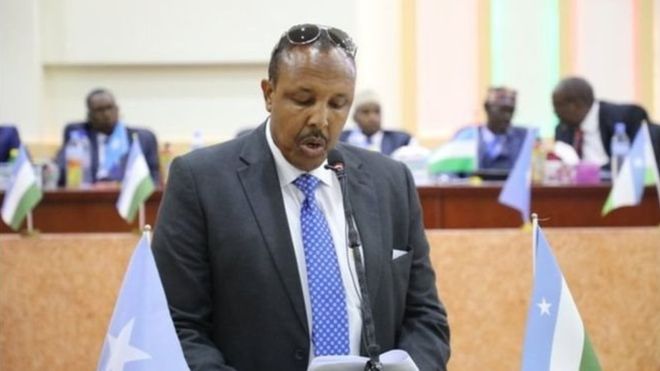 Today, Parliamentarians have passed a motion removing the state assembly speaker from office in a vote cast.

49 members of the parliament have voted in favor of replacing the speaker out of the 53.

The parliament speaker Honorable Abdikarim Mohamed Ahmed Dhoobo Daared has been in disagreement with the state president, Said Abdilahi Deni.

4 members of the parliament have abstained.

The embattled lawmaker was elected to the post on the 4th of January, 2019.

The vote of no confidence against parliament speaker comes after skirmishes erupted at the parliamentary complex between guards and police.

Three people among two security forces and a civilian killed during the clashes.

The parliament which convened its 45th session was marred by disputes.

An MP who grilled state president Deni survived persecution after MP’s have voted against a motion to lift impunity from the lawmaker which was requested by the Attorney General.