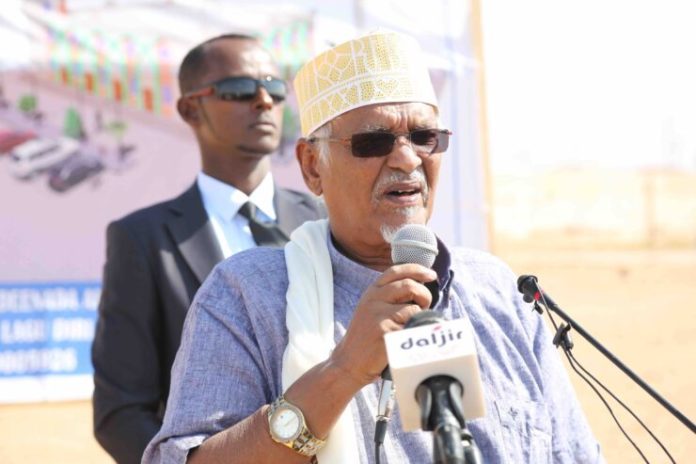 The Deputy President of Puntland, a semi-autonomous region in Somalia, Ahmed Elmi Osman aka “Karash” has dismissed the peace proposal by Somaliland president, Musa Bihi Abdi who called for peace and end the protracted festering border dispute between Somaliland and neighboring Puntland. Mr. Karaash made the remarks during Eid-ul-Fitr prayers and said that our land has been taken over by Somaliland. The last region occupied by Somaliland forces is Sanaag province whilst Sool has been previously taken over by Somaliland. Puntland VP stated that Musa Bihi is calling for peace from Hargeisa whilst his forces are occupying the eastern regions. In other words, he changed his tone by saying that Puntland welcomes the peace initiative but reiterated that peace can come once Somaliland forces return to their border areas. The DP also sent congratulatory remarks to the soldiers and officers that defected from Somailailand national army that were stationed in Badhan, locating in eastern Sanaag. The statement from Ahmed Karaash as DP of Puntland comes one day after the two sides have swapped prisoners of war that were caught during Turakaq skirmishes. Further more, Badhan residents have organized meetings aimed at discussing the situation in the region and Somaliland land aggrandizement. The DP has said that Puntland has got many foes and urged the public to join hands and work in unison.  He urged the populace to extend helping hand to the law enforcement agencies to maintain peace and security. The border dispute between the two administrations have been raging for the past 10 years as the two forces clashed in Sool province. This created the displacement of many people, causing casualties and the destruction of properties.