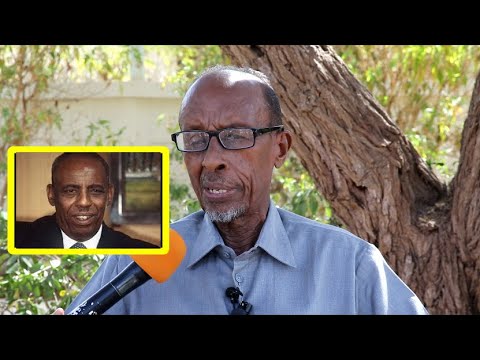 Somalia’s 2012 presidential candidate, Omar Salad Elmi and former governor of Marodi Jeh province in the 1970’s acknowledged the genocide against the people of Somaliland that Said Barre’s military junta subjected.

He differentiated between the civil wars in Somalia and Somaliland then known as northern regions of the Somali republic.

He said that the civil wars in Southern Somalia was a clan convulsion while in Somaliland, the Somali state committed ethnic cleansing against SL people.

The ex-governor said that he is right to answer to people from Somalia who regularly downplay the genocide against the people of Somaliland.

He argued that Somalis fought each other everywhere.

Omar made the remarks in Hargeisa while he has paid a courtesy call to Somaliland on several occasions since Somaliland declared its Independence unilaterally in 1991.

He stressed that he still believes unity between Somalia and Somaliland.

He blasted the ongoing efforts aimed at bringing the two enclaves together once again saying that it will not succeed.

He blamed the southern politicians for Somaliland’s announcement of its unilateral independence.

Omar was the mayor of Hargeisa and governor of Marodi Jeh between 1973 to 1980’s.

He later become a member of SSDF and SNM armed groups that fought against the deceased dictator of Said Bare.

He ran for Somalia’s presidency in 2012.