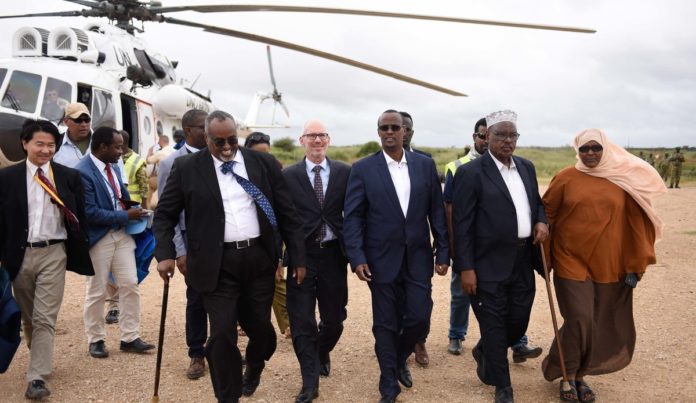 Jowhar, 17 July 2019 – On his first visit to the state of Hirshabelle, the newly-appointed United Nations envoy to Somalia touched upon the country’s state-building process, local humanitarian needs and the world body’s assistance.

“We had encouraging and fruitful talks with President [Mohamed Abdi] Ware and his cabinet on a wide range of issues, including the need to strengthen the state-building process in Somalia,” the UN Secretary-General’s Special Representative for Somalia, James Swan, told local media after meeting with the state’s leadership in Jowhar, the capital.

“We particularly agreed that good relations between the Federal government and the federal member states are crucial to continued progress for the people of Somalia,” he added in the joint media encounter with President Ware.

“HirShabelle is on good terms with the federal government, and we have emphasised the need to strengthen this relationship. We also hope the UN family in Hirshabelle under the leadership of Mr. Swan, will continue undertaking development programmes to support the people,” President Ware said.

The UN Special Representative also expressed concern about the current food security situation in Hirshabelle and its potential humanitarian impact.

“I am concerned about the humanitarian situation in light of the current food security crisis, which affects about a quarter of Hirshabelle’s population,” Mr. Swan remarked after meeting President Ware. 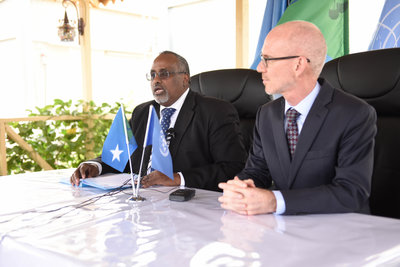 His remarks follow a recent report from the UN Office for the Coordination of Humanitarian Affairs (OCHA) that, due to poor rains experienced between April and June in Somalia, a worsening food security situation in Somalia threatens more than two million people.

“Out of 5.4 million expected to be acutely food insecure by July, 2.2 million will be in severe acute food insecurity conditions… a 40 per cent increase from January this year,” OCHA stated in its report.

As part of a response, the Federal Government of Somalia and the aid community are implementing a $686 million plan, targeting 4.5 million people up to December 2019.

In his remarks, the UN official – who also heads the UN Assistance Mission in Somalia (UNSOM) – flagged that the UN system in Somalia was looking forward to increasing its cooperation with the people and government of Hirshabelle to implement UNSOM’s mandate and also to ensure that the activities of UN agencies, funds and programmes has a positive effect in Hirshabelle.

“I appreciated having some solid advice from the president as to how we can do what better,” Mr. Swan said.

The UN is involved in a wide variety of activities in Hirshabelle ranging from the development of institutional capacity to the provision of humanitarian assistance, as well as the facilitation of political mediation, security sector reform and infrastructure development. 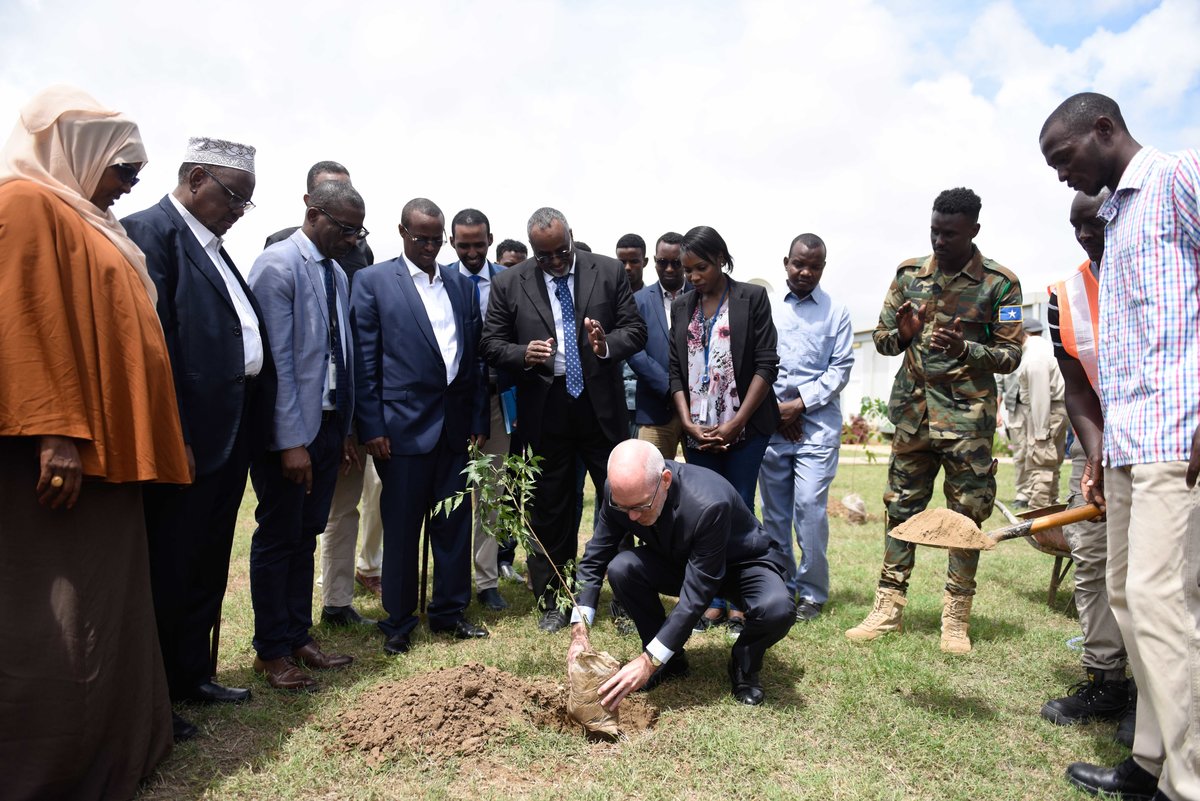 The trip was Mr. Swan’s third visit to a federal member state since his arrival in Somalia on 25 June, following trips to Puntland and Jubaland.

The UN Special Representative was accompanied on the trip by the senior officials from the Office of the UN High Commissioner for Refugees (UNHCR) and the UN Office for the Coordination of Humanitarian Affairs (OCHA), Takeshi Moriyama and Edmore Tondhlana, respectively.