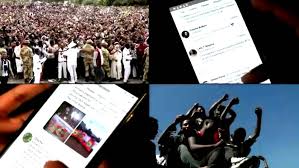 A look at Ethiopia’s new Prime Minister Abiy Ahmed, and the hope for media reform.

“You could take it as a sort of Obama moment for Ethiopians,” says Tamrat G Giorgis, the managing editor of the Addis Fortune newspaper, referring to the former US president.

Abiy’s speech promised a new era for ethnic unity, democracy and freedom of speech. It was a radical departure for a country embroiled in long-standing ethnic and political divisions and notorious for its repressed media.

Ethiopia’s newfound hope was no coincidence; it was the culmination of hard-fought political activism that had forced change upon the authoritarian nation.

Since 1991, Ethiopia has been ruled by the Ethiopian People’s Revolutionary Democratic Front (EPRDF) coalition and functioned as a de facto one-party state.

Until 2012, the country was led by Prime Minister Meles Zenawi, a cunning hardliner who consolidated power around his minority ethnic group, the Tigrayans, and cemented Ethiopia’s political order. After his sudden death six years ago, he was replaced by Hailemariam Desalegn, who largely continued the status quo.

During the past few decades, Ethiopia’s diverse ethnic groups were often subjugated and politically marginalised. This was primarily felt among the two largest groups, the Omoros (34 percent) and the Amharas (27 percent). Crafty legislation, like 2009’s anti-terrorism law, silenced criticism of the political order. Prisons became crammed with opposition politicians and journalists who reported governmental abuses.

“Critical media was being decimated one way or another, and journalists were leaving the country,” says Tsedale Lemma, the editor-in-chief of Addis Standard. “We became at some point, the second-largest country producing journalist asylum seekers.”

In 2015, a critical turning point ignited the political upheaval. Large-scale demonstrations erupted against the government’s plans to extend Addis Ababa’s borders into Oromo territory. The peaceful Oromo protesters were violently suppressed by the government, and numerous people were injured or killed. The protests garnered international attention and soon inspired a nationwide demand for change.

Essential to the protest’s success was the use of social media.

“You cannot imagine this revolution, this change without social media,” says Jawar Mohammed, the founder of the Oromia Media Network based in Minnesota, United States.

“People from all corners of the world will snap a picture, record a video and send it to us through WhatsApp or through Facebook. We take that, we verify it, we edit it and we air it back to them.”

Jawar Mohammed became a central player in the Oromo protests and exemplifies how social media affected change. Working mainly from the US, Jawar was one of many diaspora journalists who took advantage of social media platforms like Twitter and Facebook to bypass strict government censorship. Through these mediums, he helped orchestrate demonstrations and broadcast undeniable proof of the government’s abuses to millions of followers.

“[Jawar] was the one central figure that played a very decisive role in galvanising the protest,” says Lemma. “I always say he has become a virtual space for the gathering of the message of the protesters who have been silenced, who have been killed, who could not trust the media on the ground.”

Now, with a guarantee from the government that journalists can report freely, an opportunity exists to hold the new government to account.

“If Abiy Ahmed does not deliver the promise of democracy, then we’ll be back to social media,” says Eskinder Nega, an Ethiopian journalist recently released after six years behind bars.

“I’m prepared to go back to prison again. So, whether there’s democracy or no democracy, it’s back to work. There’s no choice.”