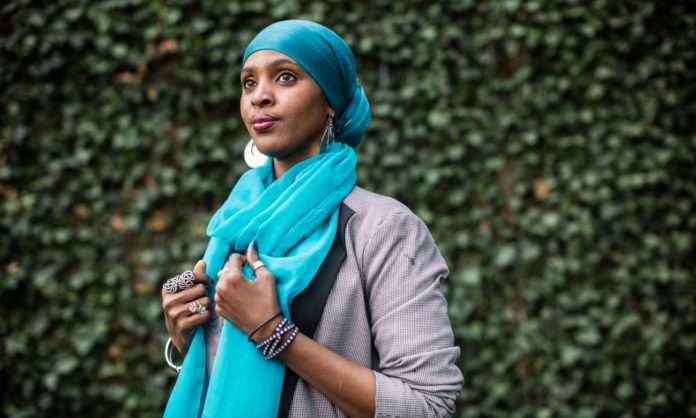 As a Somali girl she underwent the horrific practice. Now a new film tells how she risked her life to end it

Ifrah Ahmed refuses to let the horrific female genital mutilation she suffered at the age of eight define her. “I don’t want to be a victim. I want to be a voice,” says the 32-year-old campaigner.

She is one of the first women to publicly speak out about female genital mutilation (FGM) in Somalia – a country where it is estimated that 98% of women have undergone the ritual – and now her journey from powerless victim to powerful role model has been dramatised in a film. A Girl from Mogadishu has just had its UK premiere at the Edinburgh film festival and will be released across the UK in cinemas later this year.

In the first 10 minutes it shows Aja Naomi King, who plays Ahmed as a 15-year-old girl, being violently gang-raped by Somali militants. After that, she makes the dangerous journey from Somalia to Ireland to seek asylum, too scared to question anything her male smugglers want her to do. Upon her arrival, a male gynaecologist examines her and tries to find out what has happened to her, but she has no words to explain it to the male translator, just tears. But then, about halfway through, with the help of other women, she starts to find her voice. By the end of the film, she is shouting about FGM in front of Barack Obama, making speeches at the United Nations and being praised by the president of Somalia.

For Ahmed, who has devoted her life to campaigning against FGM and was instrumental in bringing about the 2012 legislation banning the practice in Ireland, the movie was an opportunity to challenge how survivors of FGM are perceived. “I don’t want people to see me as a victim. I want people to see me empowering other women. I want to show people that whatever Somali women have been through, we can be strong and overcome it.”

She hopes that others who have suffered FGM will watch the film and feel less alone. “It’s hard for women to speak out about FGM. So when two young Somali women came up to me after watching the movie in Edinburgh and hugged me, and said: ‘Ifra, you are speaking for all of us,’ I felt so happy. I felt so proud.” 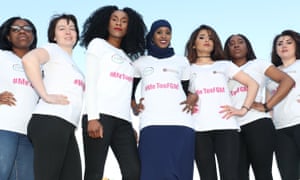 It took courage for her to open up to the film’s director and scriptwriter, Mary McGuckian. “It’s not easy, sharing your story with the world. But if it helps women to realise that this cutting is something we should talk about it.”

What happened when her grandmother held her down to be cut by her uncle in a small hut is told only in hints: a dirty razor covered in blood, the screams of a young child in intense pain. “It may be my story, but it is a story of many young women. Those are the people I am fighting for.”

She is now an Irish citizen but spoke to the Observer this weekend from Somalia, where she runs her own foundation lobbying the government to make FGM illegal. Last year she made a short documentary about a 10-year-old girl who bled to death after having her genitals mutilated. It went viral, and suddenly parents started taking daughters they had cut to hospitals, where Ahmed facilitated their medical care. “In the last year we saved 20 girls from bleeding. And we lost seven.”

She is determined to break the silence around FGM in Somalia, and runs community programmes to educate families. “When only women are in the room, they all agree FGM is a problem. But if there is even one man there they won’t speak out.” She hopes that by the end of the year, the Somali government will legislate to make it a criminal offence, so that families who practise FGM will face prosecution.

Much depends on the outcome of the government’s consultation with influential religious leaders, which is happening at the moment. “My hope is that before the bill goes to parliament, religious leaders will understand the issue and support the legislation.”

She knows how powerful her testimony can be in Somalia at such a time. “I can sit on TV, and talk about it. I can debate with the religious leaders and tell them my personal experiences.” She takes heart from the religious scholars who have seen her do this and then called her up to say: “We are behind you, and we will support you.”

But she is aware that not everyone in the country feels that way, and she is risking her life by living there. “There is killing and bombing and a lot of problems here. I could escape to Ireland, but every day what keeps me going is that I’m making a difference.”

She is not daunted by the scale of the problem she faces. The history of FGM in Somalia dates back over 400 years, and the film offers a little insight into the reasons women continue to cut their daughters. In a moving scene towards the end, Ahmed finally gets an opportunity to ask her beloved grandmother – who raised her from a baby – why she mutilated so many girls in their family.

“This is our tradition. Our culture,” says the old woman. “The morning after the wedding night, if the girl was not a virgin, her husband would dig a hole [outside the bride’s family hut] to signal she had not been cut.” These brides were then rejected and sent back to their parents, humiliating their family.

FGM is also viewed as a way of protecting daughters from terrible practices of their future husbands. “To keep her pure when he went away, she would be sewn up, so he would return to find her as if they were on their first night,” Ahmed’s grandmother tells her.

“I want this movie to travel the world,” says Ahmed. “I want to reach the decision-makers, the leaders and the young people, who are the future.” She is full of hope. “My hope is to raise awareness. What happened to me cannot be changed. My past is my past. But what I can do is change the future.

“Girls are being traumatised by FGM. Children are dying. I hope people will watch this movie and understand that this has to end.”