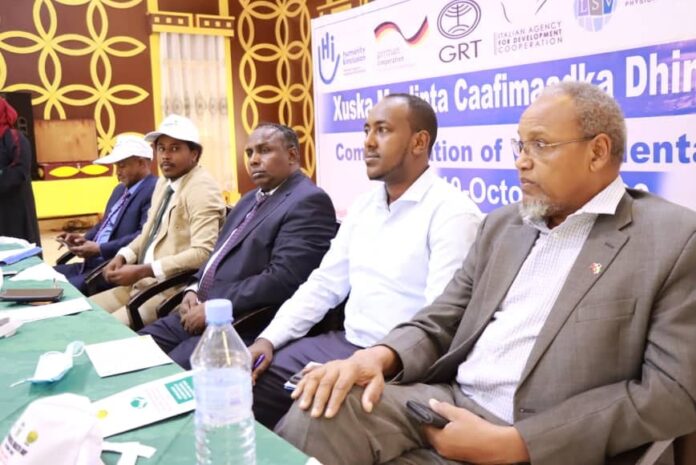 Joining the world in commemorating world mental health day, the director of the ministry Muh’d Abdi Hergae emphasized that the programme was significant to Somaliland as the nation is one of the countries that mental health is a major problem

He said the event which has its theme as ‘Mental Health for All’; greater investment-greater access was needful to advocate and speak against discrimination to improve the mental health situation in the country adding that a budget has been set aside for the procurement of drugs for the patients.

The programme which took place at Mansoor Hotel, Hargeisa had speakers from diverse backgrounds with submissions that attention must be given to the care of the mentally derailed in the society.

Hamda AbdiNasir Muhammed who is the representative of humanity and inclusion in Somaliland explained that partnership with other stakeholders both locally and internationally to support the emotional activities such as this is key as well as providing support and referring them to mental hospitals.

She also emphasised the roles of counselling and creating awareness on drug abuse which is the major cause of mental disorders adding that giving psychological first aid, solving social problems, unemployment and reducing khat consumption could go a long way in reducing mental health problems in the country.

World mental health day is celebrated globally on the 10th of October every year..