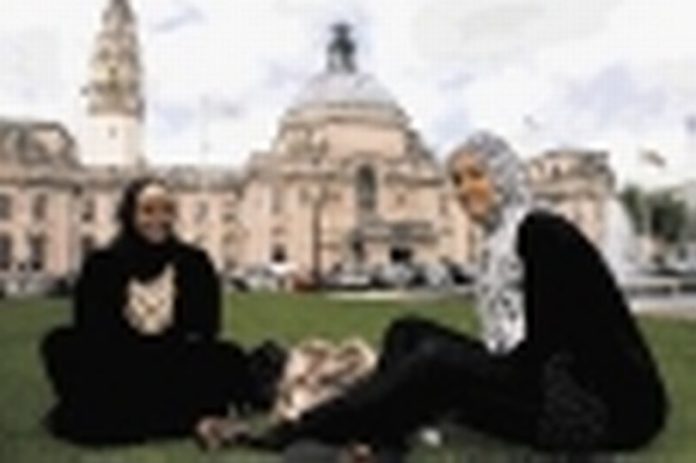 Somalis are the biggest ethnic minority group in Wales with around 8,000 living in Cardiff alone.

Somalis are the biggest ethnic minority group in Wales with around 8,000 living in Cardiff alone. So for those who’ve settled here, how does it feel to belong to two countries? ABBIE WIGHTWICK asked two friends their thoughts as they prepare to celebrate Somaliland Independence Day today

SALMA Ali , 22, was born in Somalia as civil war raged and fled to Cardiff as a refugee aged six. Her parents, two older brothers and two older sisters came first and she followed with her grandmother.

She recalls her escape from the city of Hargeisa as an easy plane ride which didn’t frighten her at the time.

But one of her grandmothers was shot in the legs during the war, an uncle narrowly escaped with his life while his friends were killed and she remembers her early years in a city with no large buildings or cars – all had been destroyed.

Salma arrived in time to join the first year of school at Ninian Park Primary, which she says helped her fit in and learn English fast.

She went to Cathays High, has a law degree from the University of Glamorgan and is working as a policy officer for the Welsh Assembly.

“I can’t remember much about it but it was a war zone so it can’t have been normal,” Salma says of her early years.

“When I came to Wales I didn’t feel I was being thrown in.

“It’s easier when you’re that young. I was only a kid and children don’t notice the differences so much. I had family here too.

“I see it as a positive thing being Welsh and Somali. You get the benefit and contrast of having two countries.”

But she admits that when she returns to Hargeisa, she and other Somali Welsh are not considered locals.

“People immediately see you’re different. They think we walk too fast,” she laughs.

“No matter how much we try to dress traditionally they can tell we’re from abroad. You can’t blend in, so you get teased but not in a nasty way.

“We get called the ‘in-betweens’.”

July and August is the time most Somalis who left return for visits.

Cardiff has the biggest and oldest Somali population in the UK – the first came here in 1860 – and Salma says Welsh accents can be heard in the streets and houses of Hargeisa throughout the summer.

“There’s a good atmosphere and lots of weddings and parties,” she said.

“Somali children born here who can’t speak Somali get teased about that when they go back, but it’s funny teasing. I speak Somali but can’t really read or write it.

“We are the diaspora. Older people feel sorry for us. You hear them saying, ‘oh look, it’s the war children’.”

The war began in earnest in the 1980s more than a decade after former policeman and soldier Siad Barre seized power in a military coup in 1969.

The Somali Liberation Movement, which included members of Salma’s family, fought against Barre, toppling him in 1991 and declaring the north an independent country – Somaliland.

The rest of the world does not recognise Somaliland’s independence, which Salma says is a shame.

“What we call Somaliland is safe, even though it’s not internationally recognised as such. I’ve never seen anyone with a gun there and you can travel about. There are refugees from the south of Somalia in Hargeisa.

“It’s very different from what you see on television. All everyone talks about now is violence and the Somali pirates, but that’s in a totally different area.”

But although Salma loves visiting and would like to work in Hargeisa at some point to help re-build the country, she thinks her future is here.

“I think of both my countries as home,” she said.

“Most of my family live in Wales and England but at the same time I have that tie with Somaliland. It’s part of my identity.

“You feel you belong when you visit, but unless you live in a place you don’t really know it, so it would be nice to go back for longer.

“Life is about where you feel most attached and I feel attached to two places. You can live in more than one place. It gives you contrast and you appreciate different things.

“There’s no education or welfare system there.

“Hargeisa is a modern capital. It has cinemas but not like the ones here, and there are no McDonald’s and not much junk food. That does give you cravings for junk!

“We have lots of fresh food there and rice and pasta. Spicy lamb is eaten a lot and people eat loads of salad.

“It’s an Islamic country so girls wear scarves. It’s modest dress but women don’t cover up completely and girls there love education so they work hard.”

She moved to Cardiff with her mother four years ago, has extended family here and is doing a bio sciences degree at UWIC.

“I’m getting a Cardiff accent and say things like ‘ta ra’ and ‘lush’,” she jokes.

“I feel a connection to Wales and Dubai. I like living here, but I don’t really feel Welsh or Somali. I’m not sure where I want to live yet.”

Huda recalls it was a “shock” to visit Hargeisa for the first time in 2001. She returned with Salma last year and loved it.

“We went to Berbera, a coast town, and went to the beach. It’s lovely there,” Huda said.

“People aren’t keen to talk about the war. They want you to enjoy your visit and come back. “One of my grandmothers remembers her son’s body being dragged away from outside her house. But people don’t talk about it much. They want to be happy.”

One thing that really singles the Welsh/Somali diaspora out is when they complain about the rain.

“It did rain when we visited but when we said ‘oh no, it’s raining’ everyone told us to be quiet because rain is a blessing,” Salma laughs.

“When it rains in Cardiff we tell it to go to Africa where it’s needed.”

‘When we go to Somalia, people see we are different. They say we walk too fast!’