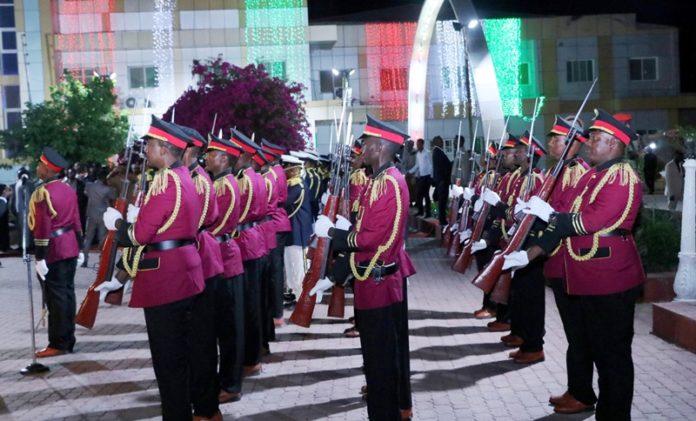 Somaliland territory and its people

The  sovereign State of Somaliland

SSE PR on the 59th Anniversary of SL Independence (1)

Italy for defining their respectiveʼ areas of influence. which confirmed the Bunder Zaida and 49th meridian boundary and delineated the rest of the boundary between Somaliland and Italian Somalia.

‘When new states emerged within the territorial boundaries of the administrative unit of the departing imperial power upon grant  of independence … [r]ecognition, by States interested, of the newly independent State  was generally accorded in formal ways, such as by representation at the independence ceremonies or by the extension of congratulations.If they made applications  for membership of the United Nations, these new States were routinely admitted”. [A V Lowe and Colin Walbrick (eds), Current Developments: Public International Law, International & Comparative Quarterly (1992) Vol 41, Issue 2, p 473] [Italics and underling added.]

21The concept of ‘national originʼ is well known in international law and courts in various jurisdictions have defined it, as being a distinct identity different from nationality. Unlike nationality, it cannot be changed and even the states on which its based no longer exist as states, the people who acquired that identity still retain their national origin.