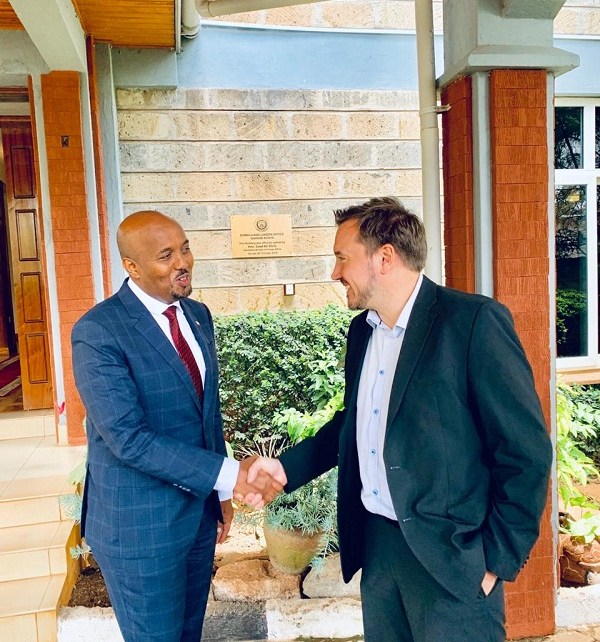 Germany will continue playing a key role in sustainable development in Somaliland.

Bollmohr met with the Somaliland envoy to Kenya Bashe Omar in Nairobi where they discussed matters touching on infrastructural and industrial development in Somaliland.

“It was great to interact with the German envoy. He assured Somalilanders of German’s continued support for development initiatives,” said Ambassador Bashe Omar.

Germany and Somaliland have entered into ventures previously among them being the establishment of a cement factory, coal-powered electricity plant and a gypsum factory at the cost of US$ 250-300 million by Germany’s Sougueta Engineering AG.

“We will continue to work with Somaliland on areas of need and encourage our business community to venture into the country and invest,” the German envoy stated.