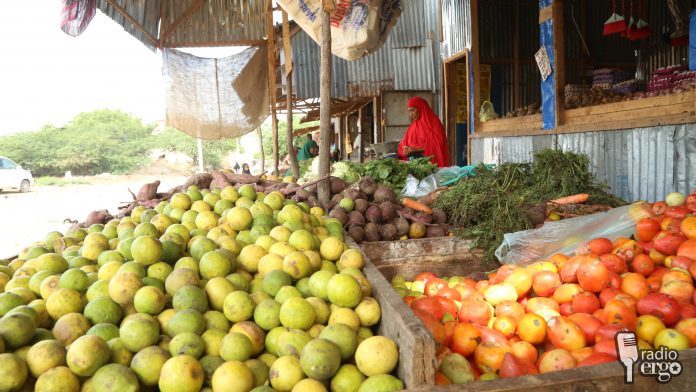 Displaced pastoralists in Somaliland, whose livestock died in recent droughts, have been collecting their first harvest of vegetables grown in greenhouses.

The project, supported by a Somali diaspora group in cooperation with the Danish Refugee Council (DRC), is gradually changing the lives of former pastoralists like Ali Mohamud Liban, who is living now in Balimataan.

“Venturing into this field of farming has given me an opportunity to improve my life. There is nothing I can compare with the skills I have acquired!” said Ali, who lost his livestock in the 2017 drought.

Since coming to Balimataan, 85 km from Hargeisa, Ali and his family have had no means of earning a living.

Ali was one of 40 participants in a six months’ training on greenhouse farming skills provided by Iftin Kvindeforening, a Denmark-based Diaspora organisation, with co-financing from DRC.

They planted tomatoes, lettuce, cucumbers and red peppers in a 250 x 150 metre greenhouse. Ali’s family received a token two kilos of tomatoes from the farm’s first harvest in June.

According to Diriye Hussein Jam’a, from the IDP Development Group in Balimataan, the first harvest from the greenhouse was very significant. They will in future be able to grow vegetables all year round.

“They have so far harvested 60 kg of tomatoes and lettuce, which were distributed among the farmers, as this is the produce from the ground-breaking project to grow vegetables,” he said.

Dahir Osman Abdullahi, who lost his livestock in 2016, also feels ready to start a new way of life in farming.

“I am assigned to spray pesticides on the crops and to irrigate them. I have gained experience in farming and I believe this will help me to become self-reliant,” he said.

This is the first of four greenhouses to be installed on a total of four acres of cultivated land. Two reservoirs (Berkads) have been built to provide water for the farms.

Part of the initiative included training in bookkeeping and marketing for 20 women, who will sell the produce.

To ensure the project benefits the community, the farmers are required to set aside one per cent of their profits to support poor families in Balimataan area.