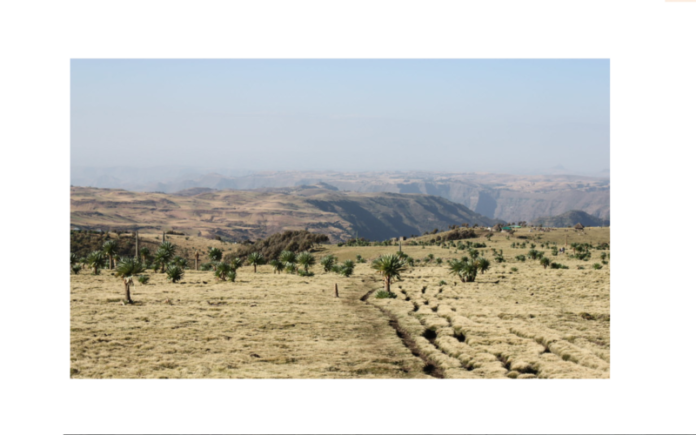 After a failed coup in June, ethnic violence and repression are on the rise in Ethiopia. Amid a critical transition to liberal democracy, the Abiy government has to manage increasing inter-ethnic tensions as well as the privatisation of state-owned enterprises that threaten to destabilise the second largest African nation.

On July 19, violent clashes between local activists and Ethiopian security forces caused at least four victims in Hawassa, the capital of the Southern Nations, Nationalities and Peoples Regional State. These activists belonged to the Sidara ethnic group, like the majority of the State population, and took the streets to demand the creation of a semi-autonomous regional state for the Sidara people in Southern Ethiopia. The main Sidara party and the Ethiopian government have recently agreed upon a referendum for autonomy to take place in five months. This is just the latest warning sign of Ethiopia’s deepening ethnic divisions.

The most concerning situation, yet, exists in the Amhara Regional State.  On June 22, Prime Minister Abiy Ahmed accused General Asamnew Tsige, head of the security forces in Amhara, as well as other Amhara military officers of being responsible for an attempted coup d’état. General Tsige was subsequently killed along with his alleged accomplices while over 250 people, especially members of the National Movement of Amhara (NAMA), the region’s leading party, were arrested. In response, some Amhara security officers affiliated to General Tsige have attacked civilians throughout the area and beyond causing more than 50 casualties. Although the military crackdown in the Amhara region has momentarily prevented an escalation of ethnic violence, this episode has starkly shown the increasing difficulties of the state in managing ethnic divisions.

Ethiopia is undergoing a profound political and economic transition to liberal democracy. After nearly thirty years of single-party rule by the EPRDF, Prime Minister Abiy has signed a historic peace agreement with Eritrea, opened the country to multiparty politics, released political prisoners, and upheld fundamental rights and liberties. These reforms are shaking the precarious interethnic equilibrium inside the party-state, i.e. EPRDF. The opening to a multiparty system has paved the way to new ethnic-nationalist parties, which challenged the parties composing the EPRDF at the regional level. The ruling party is indeed formed of four regional parties representing the Amhara, Oromo and Tigray groups, plus a party for the south. These groups have clashed with federal authorities over high-level appointments and between them over territorial disputes while the government struggles to appease these conflicts. On top of that, Abiy has replaced numerous high-ranking officials in the military-security apparatus sparking animosity against the Prime Minister.

The Abiy government increasingly suffers from internal divisions. The challenge posed by ethnic-nationalist parties is shrinking the room for manoeuvre of the EPRDF components in Addis Ababa. At the same time, ethnic violence is mounting across the country as regional security forces have carried out attacks against members of other ethnic groups in disputed areas, such as the Gedeo District in the south and Benshangul-Gumuz in Oromia. Since 2015, these attacks have displaced 2.9 million people, according to the IOM, making Ethiopia the country with the highest number of new IDPs in 2018. The humanitarian crisis has been further exacerbated by forced returns as returnees significantly struggled to reconstruct their livelihood in devastated areas. Ethnic violence is dangerously mounting across the country as the recent clashes in Hawassa and the Amhara region have demonstrated.

The international community has praised prime Minister Abiy for his commitment to structural changes. Ethiopia has traditionally adopted a state-led development model characterised by high rates of public expenditure in welfare and infrastructures, severe restrictions on trade and foreign investments, public ownership of land, and state monopoly of vital economic sectors. This model has so far guaranteed high GDP growth rates (7.7% in 2018) and significantly reduced extreme poverty in urban areas; yet, a negative trade balance, growing debt and high inflation are encouraging the government to liberalise the economy.

Among these reforms, Abiy announced the privatisation of critical state-owned enterprises, such as Ethiopian Airlines, Ethio Telecom, Ethiopian Shipping & Logistics Services Enterprise and Ethiopian Electric Power. If he followed through, the private investors would take control of profitable, yet inefficient companies. The paradox can be explained by the monopoly position these firms enjoy in their respective markets; an advantage that would be lost after privatisations. This would make restructuring necessary to boost these companies’ efficiency. As previous governments used these to provide jobs to large portions of the Ethiopian society, any restructuring would very likely involve lay-offs with a detrimental impact on socio-economic stability.

The combination of political and economic factors could severely destabilise the country with the second largest population of the continent. On the one hand, deepening intra-EPRDF tensions can lead to government paralysis. On the other, mounting ethnic violence driven security forces and activists can quickly spiral out of control if not contained. Economic restructuring could not come at least favourable time. The social consequences of privatisation can be particularly acute during a crisis and could prompt up ethnic tensions if a group feels it has been excessively disadvantaged.

Furthermore, Ethiopia is significantly exposed to climate change. Rural areas are already experiencing extreme weather events, rising temperatures and drought. The national weather forecast agency warned against the risk of displacement for 300,000 people due to heavy rainfalls and flooding during the rainy season. In conclusion, Ethiopia has some troubled months ahead. The situation is highly volatile, and the capability of the government to handle ethnic-political divisions as well as economic reforms will be crucial to prevent state failure and a large-scale escalation of violence across the country.

Corrado Čok is an MA graduate in conflict resolution from King’s College London with a background in international relations. He recently worked for Independent Diplomat – diplomatic advisory group – in Brussels, where he supported the Malian and Yemeni peace processes at the EU level. Before King’s, he conducted economic research at the Italian Embassy in Paris and volunteered with two human rights NGOs in Morocco. Corrado has expertise in Sub-Saharan Africa and the MENA region; he speaks English, French, Italian and is studying Arabic.