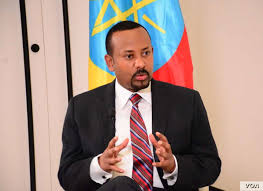 Sources confirmed for the Horn of Africa newspaper that Prime Minister Abiy recently met with Prime Minister Hassan Ali Kheyre in Addis Ababa and proposed that he should lead the talks, and that he consults with president Farmajo.

The Ethiopian MP’s new proposal has to do with Somaliland sensitivity to Somali President Mr. Farmajo and prefers the prime minister of Somalia to give the talks a shot.

It is reported that President Bihi recently briefed the Speaker of the Somaliland Parliament and the leaders of the opposition parties and promised to provide more details.

PM Abiy Ahmed’s previous attempts to bring President Farmajo to Hargeisa was unsuccessful due to a major opposition from the Somaliland public.

President Bihi is expected to give details on the new dialogue plan and its development process to Somaliland’s stakeholders.

In recent days Somaliland’s traditional leaders have been debating the inclusion of dialogue, though the government has opposed it and threatened them with legal action.