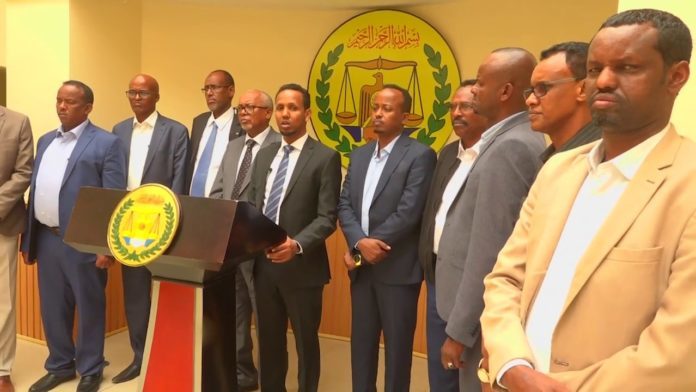 The delegation is headed by the state minister for presidency, Hon. Omar Faruk Warfaa and is accompanied by deputy finance minister, officials in charge of security and other departments.

The objective of the delegation was to submit a condolence to Somaliland government over the unexpected passing away of the late veteran police boss, Fadal, who died on last Friday in Hargeisa and laid to rest yesterday.

The deputy president was flanked by the interior minister, the presidential spokesman, Gebiley provincial governor and the deputy Marodi Jeh governor.