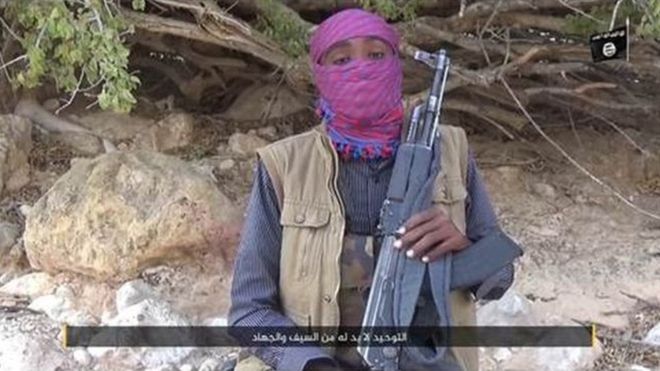 NAIROBI, Kenya (AP) — Somali intelligence officials say the deputy leader of an Islamic State-affiliated extremist group based in northern Somalia has been killed in the capital.

The officials who spoke on condition of anonymity because they were not authorized to speak to reporters told The Associated Press that Mahad Moalim’s body was found near a Mogadishu beach last week, a few days after he reportedly was abducted while secretly visiting the city.

The officials said his relatives have accused other deputies in the extremist group. Reports have emerged that the group’s leader was ill, creating rivalry among possible successors.

The United States in February sanctioned Moalim as a “specially designated global terrorist,” saying he was responsible for facilitating shipments of weapons and fighters across the Gulf of Aden from Yemen.

Abdiqadir Mumin, an elderly British extremist, founded the IS-linked group that is said to have several dozen fighters. It has claimed attacks against Somali authorities and other targets in the northern Puntland region, where it is based, and more recently in and outside Mogadishu. The group is said to fund its activities by extorting civilians.

“It is unclear exactly how many claims made by the group are legitimate, as few are reported by local media or proven with visual evidence. Some assassination claims, however, are followed up with photo or video proof,” analyst Caleb Weiss wrote in the Long War Journal in May.

While the IS-affiliated group is far smaller than the al-Qaida-based al-Shabab group and its thousands of fighters in Somalia, analysts say it has managed to attract a number of al-Shabab fighters.

It also has attracted the attention of the U.S. military, which began targeting the extremist group with airstrikes late last year.

This version corrects the spelling of his last name to Moalim.