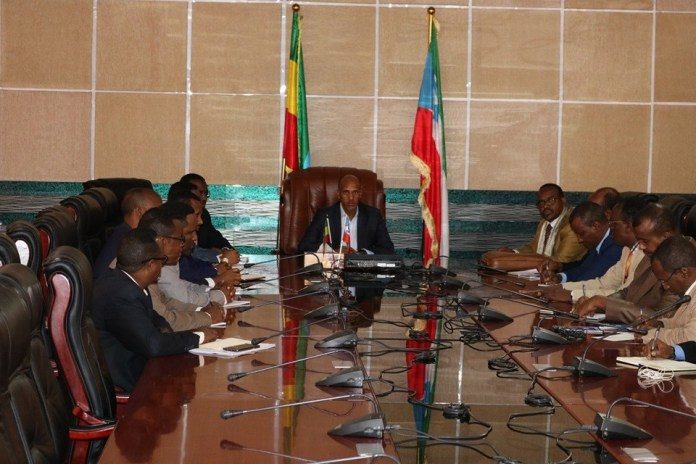 JIGJIGA—Delegation from the republic of Somaliland on official working visit to Jigjiga met with the president of Ethiopia’s Somali state, H.E Mustafe Mohamoud Omar.

Somaliland delegates and the president of regional state in Ethiopia discussed on ways to enhance the cooperation on the areas of trade, security and border movements between the two sides.

The two sides also talked about boosting the trade integration between them and the realization of Berbera corridor which is vital for Ethiopia’s import and export route.

They discussed in lengthy on tightening security and reached a common mutual agreement to thwart anyone that pose threat to the national security of both regions.

Both sides have reiterated that they are committed to enhance the cooperation.