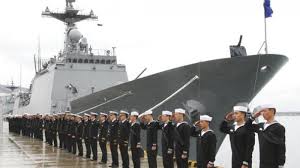 South Korea’s Defense Ministry has denied a report that the government will dispatch the Cheonghae Unit, which operates in waters off Somalia for anti-piracy activities, to the Strait of Hormuz amid tensions between Iran and the West.

Deputy spokesperson Roh Jae-cheon said on Monday that the government is reviewing various measures to protect the navigation of South Korean vessels in the area, but no decision has been made on dispatching the unit.

He said the ministry is closely monitoring the Strait of Hormuz in preparation for various contingencies.