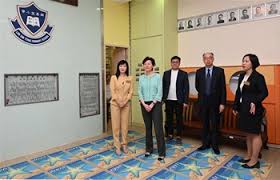 This came as the Chinese textile and garment giant, Sunshine Wool Textile Plc, on Saturday announced a plan to export textile products that are worth 10 million U.S. dollars during this fiscal year from its manufacturing plant in Ethiopia.

Sunshine Wool Textile Plc, which is located inside the premises of the Chinese-built Adama Industrial Park, some 100 km south of the capital Addis Ababa, on Saturday said that it’s advancing efforts to export products worth 10 million U.S. dollars annually.

The company, which is one of the several Chinese companies operating inside the Park, also disclosed its plan to further increase its annual export of textile products up to 50 million U.S. dollars within the coming years.

The company which commenced its manufacturing plant in Ethiopia with a total investment of 980 million U.S. dollars as part of its two phases investment plan, has currently created some 2,000 job opportunities to local Ethiopians, with a further plan to employ 7,000 Ethiopians once its first phase investment plan completes.

Hana Arayaselassie, Deputy Ethiopia Investment Commissioner, said that the 142 million U.S. dollars in export value was earned during the Ethiopian fiscal year 2018/19, which ended on July 7.

The official said that the 142 million U.S. dollars of export revenue from Ethiopia’s flagship Chinese-built industrial park has registered a 50 percent increase from the same period in the 2017/18 fiscal year.

According to Arayaselassie, the commissioning of the Chinese-built Ethiopia-Djibouti electrified rail line in January 2018 has contributed to boosting landlocked Ethiopia’s export ambitions, by transporting speedily and efficiently cargo from industrial parks in mainland Ethiopia to ports in Djibouti.

Courtesy to the 756-km Ethiopia-Djibouti electrified railway’s huge value to Ethiopia’s export sector, the Ethiopian government has built nine industrial parks in close proximity to the rail line, which has been hailed for boosting landlocked Ethiopia’s foreign trade.

For instance, the Adama Industrial Park, which was built by China Civil Engineering Construction Company and commissioned in October last year, is one of the 9 industrial parks along the Ethiopia-Djibouti standard gauge railway.

Covering 100 ha of land, the Adama industrial park has also attracted several local and international companies that are specialized in textile, apparel, as well as machinery production sectors.

Amid the growing engagement of Chinese companies in Ethiopia, the Ethiopian Prime Minister Abiy Ahmed last week commended the positive role of Chinese-built projects for Ethiopia’s ambition towards economic development.

Billene Seyoum, Spokeswoman for Ethiopian Prime Minister Abiy Ahmed, also told Xinhua recently that the East African country had signed a number of agreements with China on the sidelines of the second Belt and Road Forum for International Cooperation, which was held in April in Beijing, China.