Ahead of the upcoming presidential election in Somalia’s South West State, a senior United Nations official today urged all stakeholders in the poll to act in accordance with established rules for the balloting in order to promote a free, fair and transparent vote in the state’s regional assembly.

“We have a stake in the election in the sense that we want to see a credible one, (but) we don’t support any particular candidate,” the UN Secretary General’s Deputy Special Representative for Somalia, Raisedon Zenenga, said in Baidoa, the interim capital of the South West State.

“We are there to support the process and make it more transparent and more credible so that the result is not contentious and is accepted widely,” he added. 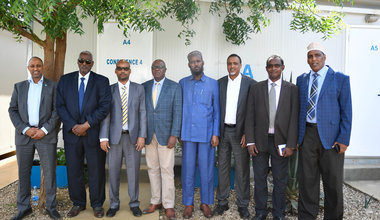 While in Baidoa, the UN official met with senior federal and state government officials, as well as a dozen presidential candidates.

Mr. Zenenga began his visit by meeting Abdulkadir Sharif Shekhuna, the Speaker of the South West State regional assembly who was named interim president following the resignation of Sharif Hassan Sheikh Aden last week. He emphasized the world body’s stance of impartiality in his discussions with Mr. Shekhuna, who will oversee the voting in the state legislature, and other key officials and stakeholders. Members of Mr. Zenenga’s delegation also met with six clan elders from the Federal Member State.

The balloting is scheduled to take place in the state’s 149-seat regional assembly on Saturday, 17 November, but the resignation of most of the members of the election’s organizing committee earlier this month has cast doubt on the timing of the vote.

“The date is not a priority for us – the priority is to ensure that a proper process is followed and that all stakeholders are consulted.” Mr. Zenenga emphasized. “Our role is to support the Somalis, who own and lead this process, to ensure that the election is free, fair and devoid of violence.”

The state’s former president Sharif Hassan resigned on 7 November and withdrew from the upcoming election, citing widespread interference in the poll. 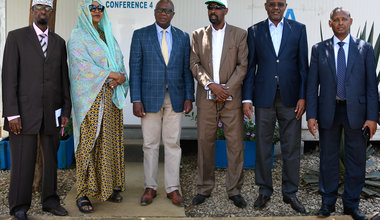 The UN Assistance Mission in Somalia (UNSOM) has previously called on all parties and stakeholders in the federal member state’s presidential contest to work together and avoid any actions that could spawn conflict or undermine the integrity of the electoral process.

UNSOM also recently accepted an invitation from the South West State government to assign election observers who will monitor the voting for possible irregularities. During his meetings today, Mr. Zenenga offered the resources of the UN to conduct capacity-building workshops for members of the election organizing committee, with a focus on their duties and responsibilities.