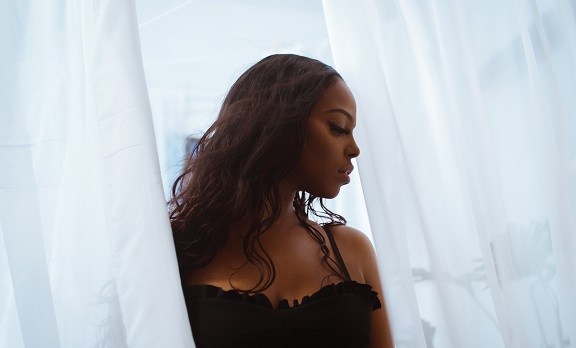 Amaal releases the stunningly tranquil new music video for her single ‘Coming and Going’. The rising Somali-Canadian R&B artist is about how being in love can have its highs and lows. She says it was “inspired by a relationship that had no defining status. I think a lot of us have been in situations where we should leave but it feels so good to stay.”

Amaal’s vocals are light and airy, the harmonies ethereal and the mellow vibe is perfectly reflected in the beautiful visuals where the singer looks positively angelic. The song reminds me of R&B tracks from the late 90s and early 00s – something Aaliyah might have released.

‘Coming and Going’ is the second single off Amaal’s upcoming debut EP due for release this summer. It follows the stunning ‘Not What I Thought‘ which we featured at the beginning of the year.

Amaal’s lyrics tend to focus on themes of growth, love, and heartbreak as well as global causes – she is always socially conscious and takes influences from her personal life experiences and travels. This includes a trip to Uganda where she worked closely with women’s groups within local communities.

We look forward to more insightful and alluring R&B from Amaal.