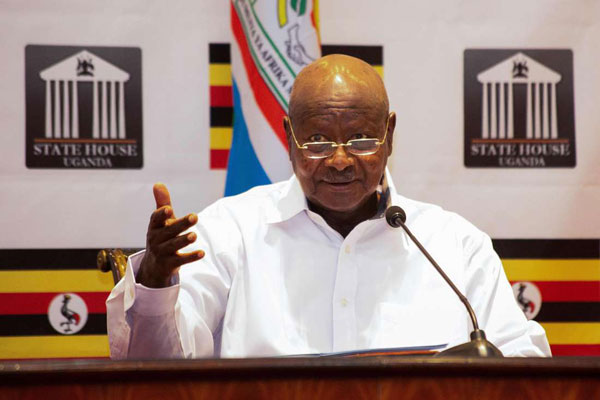 Ugandan President Yoweri Museveni has called Somalia a country with no state and which lacks “organised authority” in a televised speech in the capital, Kampala.

He said Somalia was one example but stopped at naming other countries “for diplomatic reasons”.

Mr Museveni was speaking at an annual judges’ conference.

In his speech, Mr Museveni also questioned the effectiveness of the UN.

He criticised the UN for having been in Congo “since 1960 but people are dying like flies.”

The president doubted the security brought by the UN troops as he continued:

Quote Message: You go to Mali, you go to all those places, even Nigeria. Big problems there. Chad. But here we have created a pillar of security.”

You go to Mali, you go to all those places, even Nigeria. Big problems there. Chad. But here we have created a pillar of security.”

Crime level in Uganda is moderate though robberies and burglaries have been on the rise. Insecurity has become a political issue, according to the Economist.​