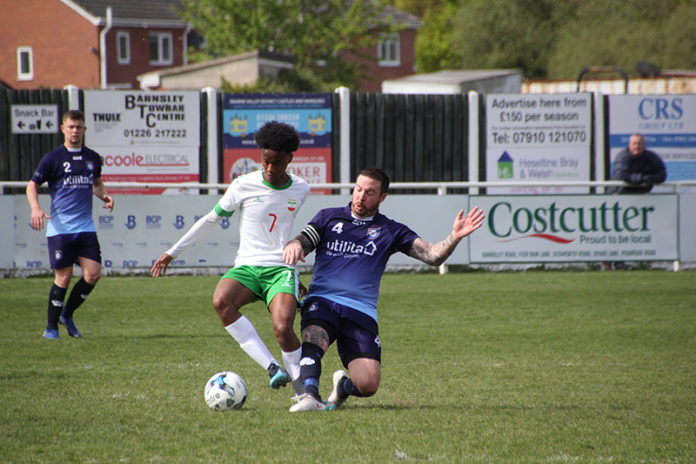 Yorkshire got their 2019 season under way in impressive fashion as they came out 6-2 winners over Somaliland at Athersley Recreation FC.

A debut hat-trick from James Walshaw saw the Vikings on their way to an impressive victory over the 2020 CONIFA Sportsbet.io World Football Cup hosts.

The game got off to a blistering start, as the debutant Walshaw was fouled in the box, leading to referee Karl Parker pointing straight to the spot in the 19th minute.

The Scarborough Athletic FC marksman then dusted himself off and dinked a lovely penalty into the back of the net to open his international account and start off the scoring for the afternoon.

Although Somaliland were clearly a team going through lots of changes, they had several technically gifted players, but the hosts just didn’t give them a chance to get going in the opening stages of the tie.

The second goal of the game – and probably the pick of the bunch – came in the 42nd minute. The Somaliland defence seemed to switch off after contesting a decision by the referee, but Yorkshire took full advantage of this as the ball fell to Matt Dempsey just inside the box, who took control with his chest and then bent a lovely effort past the opposing keeper into the far-left corner. An effort any striker would be proud of, never mind a defender!

In the second half, it appeared Somaliland might sneak back into the tie; a thunderous strike from their number 11, Abdi, was too much for the Vikings keeper George Clarke to deal with.

Despite this, Yorkshire soon got their two-goal cushion back. In the 64th minute, Brodie Litchfield picked up his second Yorkshire goal in two games with a smart finish inside the box.

Despite pressure from Abdi, Yorkshire found their fourth goal of the afternoon in the 73rd minute. After a rare shot from Loz Hunter was saved by the keeper, Walshaw was there to head in the rebound and pick up his second of the afternoon.

Two minutes later, referee Karl Parker would point to the spot for the second time of the afternoon in favour of Yorkshire, following some heavy challenges from Somaliland. Looking for his debut hat-trick, Walshaw stepped up but couldn’t squeeze it past the visiting keeper.

Luckily for the hosts, another debutant – Jack Normanton – was first to the rebound to get the Vikings’ fifth goal of the afternoon.

Walshaw wouldn’t rue that missed opportunity for long, though, as in the 83rd minute after another foul from the visiting side, captain Pat McGuire whipped a perfectly weighted cross into the box that evaded everyone but Walshaw at the far post – who nodded it home.

Somaliland weren’t down and out just yet though; the shining light for the side, Abdi, grabbed his second of the game in the 87th minute, a consolation goal perhaps, but one he deserved for his quality of play throughout the match.