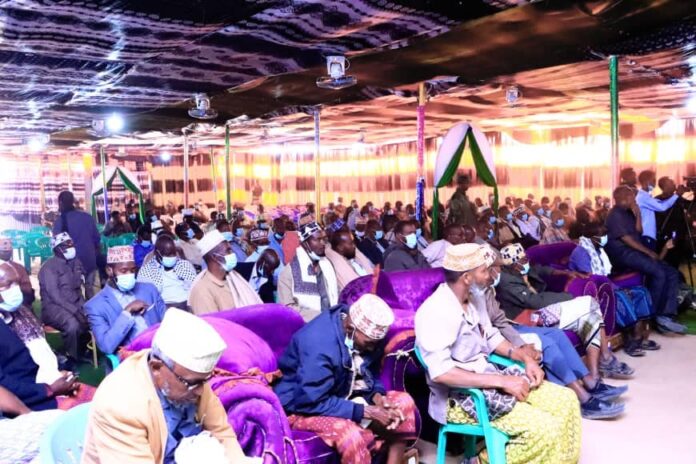 The peace conference of the brotherly clans in Yagori district of Sool region, was concluded yesterday, and at the same time, an agreement was reached between all the clans who had previously fought in Dhabar-dalool area, Sool region.

The conference, which has been going on for almost two months between the Jama Siyad and Mohamed Siyad clans in Yagori district, was closed on 26/01/2022 by the Minister of Interior of the Republic of Somaliland, Hon. Mohamed Kahin Ahmed. The government has promised to implement all the agreements reached between the two sides. It was agreed that the deaths of 18 men would be compensated by 100 camels per person, in accordance with Islamic law.

Also, the death of a Aqil man was agreed to be 250 camels, according to an earlier agreement between the two fraternal clans, and $ 2,000 was taken from each man for burial.

In general, the disputed areas between the two warring clans will be divided into equal grazing lands, and action will be taken against anyone who tries to circumvent this agreement.

The Minister of Interior of the Republic of Somaliland Mohamed Kahin Ahmed, accompanied by the Governor of Sool Region, Abdikarim Aden Haji Diriye, the Mayor of Las Anod District and the Commanders of the National Army attended a ceremony to end the conflict between the two communities, in the presence of one role for both families.