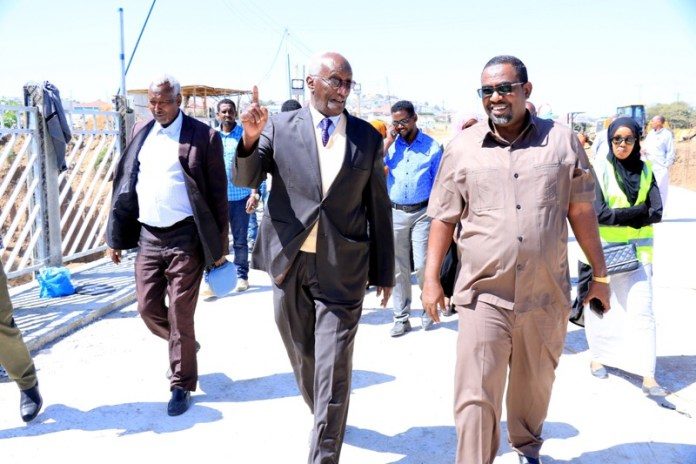 The minister of transport and road development Mr. Abdillahi Abokor Osman accompanied by Mr. Saleban Hadi, the mayor of Borame toured the construction site for a new bridge linking the town of Borame and Amoud University main campus complex.

The purpose of the transport minister tour was to assess and evaluate the ongoing construction work of the new bridge that was paid for by the President of the Republic of Somaliland.

The chief engineer overseeing the construction of the bridge said that the plan was to be completed in 22 months or two years, but has now succeeded in completing most of it in one year.

“We started construction work in December 2018 and since then one year has passed, and while maintaining the quality level of the bridge, it can carry up to 90 tonnes, and last for up to 70 years,” said the Engineer.

Prof. Saleban Ahmed Guled, the chancellor of Amoud Unversity speaking at the site said, “The bridge is the last line of protection when the students and the people cross the bridge, God protects them, what’s need to be added is water drainage at the sides and some small decorations. We are now awaiting its official opening, being one of the great assets that the State has neither before nor had its funding from the Somaliland Presidency, and its technology and administration are co-owned by the Road Authority, the Ministry of Transport and Amoud University… ”

Prof. Dirie, a top official at Amoud University, who spoke on the scene, said; “We are pleased today that the work we started on the bridge has come to an end, and I am especially grateful to every man and everyone who participated in the construction of the bridge, including President of the Republic of Somaliland, Muse Bihi Abdi.”

Mr. Saleban Hassan Hadi, the mayor of Borame speaking at the venue said,” I thank God for making this project a success and near completion,  Knowing the cost, I am grateful to Amoud University for overseeing the project progress.

The Minister of Transport and Road Development Abdullahi Abokor Osman, who spoke at the event, said the construction of the bridge linking Amoud University and Borame town had been successfully undertaken and the construction work was near completion.

“I am glad to see the conclusion of the largest project undertaken in Awdal region and whatever work remaining is for the local government to deal with, on it is part Ministry of Transport and Road Development, will also construct a one-kilometer access road that extends out of the bridge and into the bridge. We shall discuss the reminder with the university administration, “said the minister.

The Transport Minister added that the government would begin work the long road connecting the cities of Borama and Lawya-Caddo in Selel region. 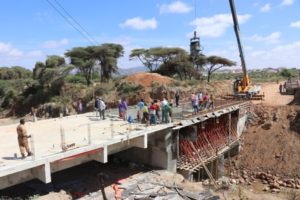 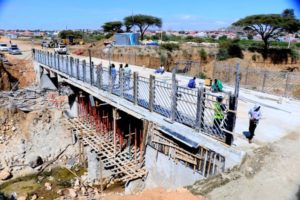 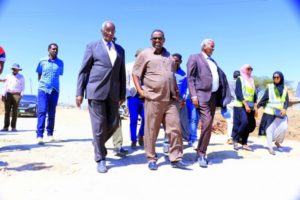 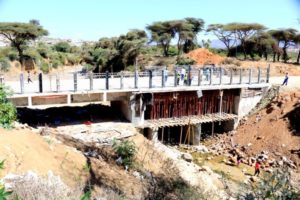 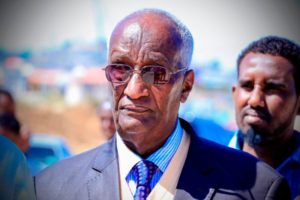 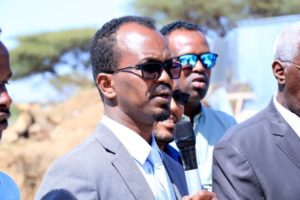 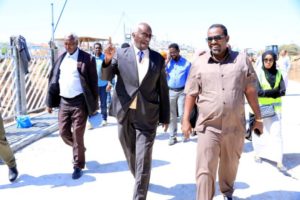