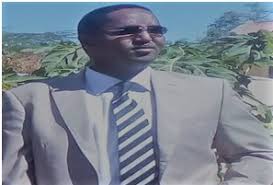 Somaliland’s deputy Solicitor General has explained the legal process that could see the implementation of the proposal of the mediation committee to dismiss the controversial electoral commission. The government’s lawyer said the easiest way forward is for the commission to resign….

The Deputy Solicitor General Hussein Mohamed Belel elaborated on the easiest way the country can come out of the political deadlock caused by the controversy of the electoral commission.  He added the proposal of the mediation committee can be implemented without breaking the law. That includes the dismissal of the controversial electoral commission which Mr. Balal said has a precedent.

The deputy solicitor general listed the legal option for the dismissal of the electoral commission. The first option he said is to bring a no-confidence motion against the commission to the parliament, while the second option is to let the supreme court to decide.

This can be achieved in two ways with one being lengthy If the law is followed. The first is to return the issue to the parliament with the result being uncertain. The supreme court could also be asked to weigh in. The third option is for the commission to resign itself and make things easier since all this controversy surrounds them. And this is the easiest path.