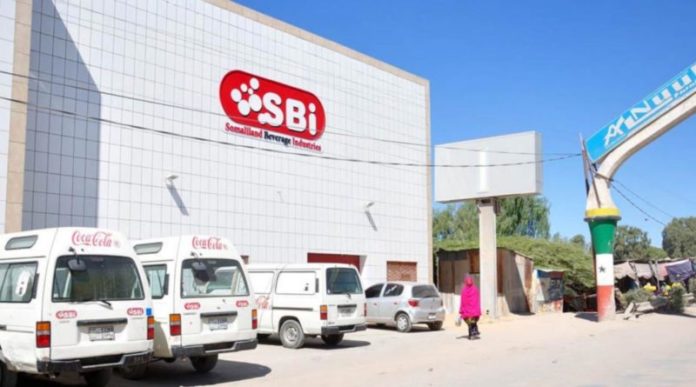 This week, in a video shot  in a low dim light room, a group of Arab sub-clan elders were advocating for a prominent Somaliland entrepreneur and the co-owner of the coke bottling company in Hargeisa, Ahmed Gelleh, who is also a Djibouti citizen. They were alleging that some high ranking Somaliland government officials, including cabinet ministers and judges , were colluding with Djibouti dictator, Ismail Omar Guelleh, also known IOG to deport Ahmed Gelleh back to Djibouti to face charges over allege crime.

Furthermore, the elders showed a letter with the official seal of the Somaliland government in which they were alleging was a court order to execute the deportation of Mr. Gelleh.They also threatened that they would take action, including violence against Somaliland senior officials who were behind the order.

For instance, my adopted country, United States, threatening a government official is serious federal crime.I know Somaliland is in a different world, but we should not tolerate or give a pass those who are trying to intimidate and bully our government officials or inciting violence.

Although their allegations is very serious, but according to Interior Minister, Colonel Kahin, a man who should have known, if any court order to deport Mr. Gelleh was issued; this morning, at a news conference, said, “There is no warrant issued to arrest Mr.Gelleh…” He also added those who are spreading false information and rumors about Mr.Gelleh have a political agenda to harm Somaliland reputation.

Gubanmedia believes Colonel Kahin because he is a veteran who not only knows what he is doing, but he also is in charge our homeland security.

I believe most of our traditional clan elders are fine, patriotic men. But we should know the few self appointed clan elders that we are dealing with here in the first place. Let me tell you who they are: They are ignorant of the Muslim faith, they are ignorant how international extradition laws works, ignorant how the world works, ignorant of the inner workings between governments, ignorant about the Somali culture although they call themselves traditional elders.

Let me also tell you what they are aside being ignorant. These clan elders have no decency and respect for their fellow countrymen. They are unpatriotic and do not even a nodding acquaintance with the constitution, the flag and the country. They are self centered, greedy, and they will not take an interest in anything that does not involve their respective clansmen.

These self appointed clan elders, if their goal was to help Mr Gelleh, they failed to do so. Instead, they did a great damage to his reputation, his business and the cohesiveness of Somaliland.

Gubanmedia does not have more details about the allegations against Mr Gelleh by the state of Djibouti. But we know the fact that in Djibouti; there is no rule of law. IOG and his wife run the tiny, impoverished country like a cartel.IOG and his family are the law of the state because they literally own the country.

IOG has modus operandi, using state apparatuses and resources including the police, the revenue agency and the courts as a vehicle to intimidate, racketeer and extort money from business communities and to eliminate those who do not cooperate. And those who refuse to pay bribes and kickbacks, are being taken to the courts for charges such as not paying unpaid bogus taxes.

Somaliland people are eager to know what is going on and they want know the facts of this unfolding case. Mr.Gelleh would do a favor for Somaliland and his customers if he or his lawyer would explain to the media his side of the story over the dispute between him and IOG, instead of hiding behind clan elders who cannot shield him from the legal jeopardy he is facing.

In addition, state of Djibouti can submit an arrest warrant for Mr. Gelleh, if they did not already done so for to Interpol, an international organization that facilitates worldwide police. As result, he could be arrested at any international airport, without his knowledge.

The best option for him right now, is to hire an international litigation lawyer in London who can protect him and his business from any court action from a ruthless dictator. I am praying for his legal matter to settle out of Djibouti’s Kangaroo courts.

Unlike Djibouti, Somaliland is fledging democratic, albeit imperfect, in a sea of despotic regimes, conflict and terrorism. The average tenure of the presidents in our neighborhood is 28 years. In contrast, Somaliland had more than over five presidents for the last two decades.

Let’s remember, in our country, keeping the peace is a communal duty. We must stop clan bickering and to unite for a common purpose: Making Somaliland secure and prosperous country for every Somalilander.

Therefore, in Somaliland, the rule of law must prevail over the mob rule. Because  letting bullying and intimidation of the government officials and mob rule to prevail would only sow the seed of division in Somaliland and chaos-—-a goal Somaliland haters have been plotting for the last two decades.

Ali Mohamed
Founder and Editor
Gubanmedia.com, an online source of news and commentary about the Horn of Africa