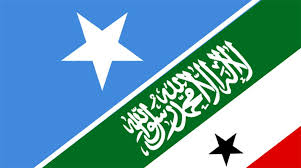 Let me begin with a little but important history before I answer that question. Two independent countries – From the yoke of colonialism of Britain and Italy – joined on July 1, 1960 and formed Somali Democratic Republic. Love of country and nationalism prevailed from whether it was a good choice to unite or stay separate. Something unprecedented happened after the unity. Somaliland was marginalized and the unity was not considered as two countries united but Somaliland as a province of the whole.
Southerners mostly filled all the three executive branches of Government. The statuesque continued for 31 years without Northerners asked their share of the Government. Something unforeseen happened. Slowly businesses and educated people from Somaliland moved to South. Economy and brain drain occurred drastically and without notice. Women, children, and elderly were left behind. Northerners had no option except searching for employment in the South. People who were foreign to the Northerners filled all Government departments in the North. Governors, military, security, Courts heads were brought from South to suppress and abuse people.

I am not going into details of happened and who killed which but just to focus on where things are today and what happened to Somali Unity and just try to answer the question of whether Somaliland joins with Somalia or stay away.

Some of the Somalilanders argue that Somaliland will be better off in the Unity. However, what these do not ask themselves is if there is unity in the South. Italy left the colony intact and under one government. What happened to that Government is beyond repair. It is splintered into mini governments: kismayo, juba, Benadir, puntland, etc. Only Somaliland is intact even though there are grievances and lack of fair shares in all branches of Government but still in a much better status than being in the unity. People of Somaliland who are crying for unity must answer the question on “who we unite with?” Do Somaliland unite with Kismayo, Benadir, Jubaland, Hirshabelle, Galmudug, Puntaland, etc. Before the Government in Benadir asks Somaliland to unite, President Farmajo should bring all those Mini governments together and then try to invite Somaliland for unity dialogue.

I would say for sure that unity would never come without a price. Which kind of price is debatable? I will leave the reader to figure out that price.

By Mohamed Ali from Canada