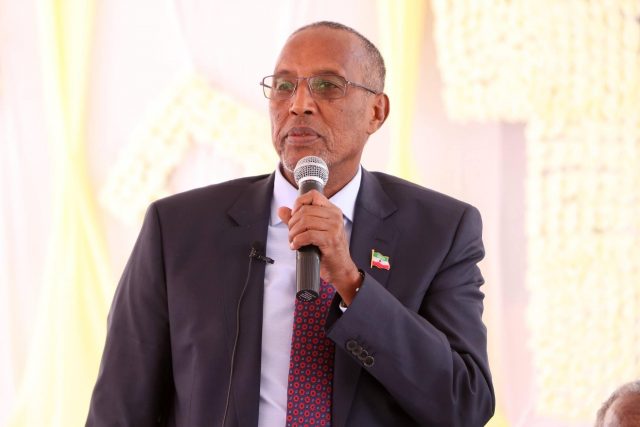 Should other countries recognise Somaliland’s bid to become fully independent? It has a good case, argues Bill Snaddon, but many obstacles remain.

Somaliland declared independence from Somalia in 1991. But the small east-African breakaway nation is still waiting for others to recognise their bold decision. Despite its dogged efforts for international recognition and admission into the club of nations, no other state considers this land of 3.5 million people to be a proper country. Likewise, the African Union and United Nations still view Somaliland as part of Somalia. Officially, at least. Somaliland’s government enters into diplomatic relations with these two bodies, as well as with the Arab League and EU. It also has bilateral relations with several countries.

Since 1991, Somaliland, for the most part, has grown into a functioning democracy. Somalia, on the other hand, remains in a cycle of violence. The Somali civil war, which began in 1991 – bringing an end to Siad Barre’s regime – has never really ended. Barre had ruled Somalia since 1969 when he came to power after a coup. Over the past 30 years, as aid and outside support poured into Somalia, fighting and corruption became entrenched.

Meanwhile, Somaliland — with little help from outsiders and minimal aid — holds regular elections and leaders change without too much fuss. A few scuffles here and there, some serious, and the occasional social media shutdown, but nothing on the scale of what is seen elsewhere. It is a flawed yet promising democracy rather than a fake democracy or dictatorship in waiting. A parliament sits under a Somaliland flag and people buy their goods and services with Somaliland shillings, or by transferring phone credit. One US dollar currently buys around 9,500 shillings. And an army and police force are loyal to Somaliland’s constitution. Hargeisa, the small and lively capital, hosts a yearly international book fair that’s growing in popularity among Africans and others.

Exporting livestock to the Middle East is Somaliland’s main industry, accounting for almost three quarters of jobs. But the economy is not healthy. The ongoing construction of a new port by DP World, a Dubai-based company, in the Somaliland town of Berbera will help. But much more investment is needed if the wanna-be country is to lift its people out of poverty. Youth unemployment is close to 50 percent. Recent figures are hard to find but according to 2012 World Bank numbers, average yearly income is $348 (£267), making it one of the poorest places in the world.

The importance of being stable

Crucially, however, the self-declared and autonomous Somaliland has stability – and confidence in its own destiny to one day become a recognised nation. News articles on Somaliland invariably mention how it is a beacon of peace in a troubled region.

Why then, has it not been recognised as an independent country? And should it be?

Sa’ad Ali Shire, Somaliland’s former foreign minister and current finance minister, tells me that fear is the biggest impediment to outside recognition.

“The fear that the African Union might be upset. The fear that secessionist movements in Africa and elsewhere might be encouraged. The fear that it might be more difficult to fix the Somalia problem if Somaliland was recognized.”

Another stumbling block, indirectly, is Eritrea and South Sudan. These are the two newest countries in Africa. Eritrea, since its modern birth in 1993, has become a repressive backwater; but a recent thawing of tensions with old foe Ethiopia could set it on a more optimistic path. South Sudan, since becoming a country in 2011, has mostly been stuck in civil war; though a peace agreement signed in September 2018 is showing tentative signs of sticking. The failure, so far, of these “new” countries to find lasting peace is often cited as a reason to prevent more new African countries to form.

This hurts Somaliland because without official recognition as a country, it is unable to access assistance from global financial institutions. Some argue, however, that being cut off from the World Bank and the International Monetary Fund has helped Somaliland to chart its own course while not becoming dependent on easy lines of credit.

Mr Shire says Somaliland actually wants to restore the colonial border that separated Somalia and Somaliland – the border that was dissolved in 1960 when Somaliland shrugged off British rule and Somalia became free from Italian colonialism.

Leaders in Mogadishu, the capital of Somalia, believe if Somaliland were to officially become a nation it would further divisions within an already turbulent country. Somalia also wouldn’t want to let go of its northern neighbour owing to the strategic patch of land Somaliland inhabits, nearing the entry to the Red Sea leading up to Saudi Arabia, Egypt and Israel.

Somaliland’s northern border is 740km of coastline along the Gulf of Aden. Across the water is war-torn Yemen. Ethiopia, which is opening up at a rapid pace, sits on its western border. Puntland, another self-declared autonomous nation inside Somalia, is to Somaliland’s east.

Mogadishu’s argument against Somaliland independence often comes back to unity. Somalia and Somaliland share many things, language and Islam being two big ones. It might persuade some, but won’t budge the minds of many Somalilanders.

In 2001 Somaliland held a referendum that asked its people if they wanted to adopt an independent constitution. The referendum was monitored by the Initiative and Referendum Institute (IRI), a research and educational group attached to the University of Southern California.

“An astonishing 97% voted in favour of the constitution and reaffirmed Somaliland’s restoration of independence in 1991,” says Robleh Mohamud Raghe, an analyst and former consultant in the office of Somaliland’s presidency.

“The result of this poll clearly proved to the international community that the people of Somaliland are content with independence and have no interest in reuniting with Somalia.”

The concluding report, written by referendum monitors IRI, said there was “widespread common sentiment that a ‘Yes’ vote would send a message to the world that Somaliland deserved to be recognized”.

About two thirds the voting age population casted a ballot in the non-compulsory poll.

Joshua Keating, a writer who studied Somaliland for his book Invisible Countries: Journeys to the Edge Nationhood, says Somaliland’s ambition to be recognised as a proper country is held hostage not by fear or ill-will or calls for unity, but by a lack of interest.

“Statehood may be a legal concept, but achieving it is an entirely political process,” says Mr Keating.

“To the degree that foreign officials acknowledge Somaliland at all, they are generally sympathetic to its history and admiring of its recent accomplishments. Somaliland’s main obstacle is not the world’s animosity, but its indifference.”

It’s difficult to disagree with this analysis. When leaders consider the most pressing challenges around the globe, it’s hard to imagine Somaliland’s desire for recognition entering the discussion. Not worsening the situation down south in Somalia is much higher up the list of global importance. To this end, world leaders would be reluctant to grant Somaliland independence for fear of inflaming an already tense region.

That, however, doesn’t make Somaliland’s recognition an unjust cause. Nor will it stop Somaliland from pursuing its goal. They have a good case.

For one, it has reality on its side. The country already exists. Its main institutions are in place and it has the will of the people on its side. All that’s needed is for a country or two to recognise it. A press release followed by a photo op at a fancy Brussels hotel would do the job. Other countries may follow. Or, one day, the African Union or United Nations, providing the votes come in, may declare Somaliland a country.

Finance minister Shire, who spoke to me when was he still foreign minister, is “very optimistic” about Somaliland getting recognition because “justice eventually prevails”.

He doesn’t however think it will be a big power like America or China that recognises Somaliland first.

“The first will come from Africa, probably with a nod or with no objection from a powerhouse, or talks with Somalia will end up in a referendum in which people will vote for independence.”

For now, we wait to see if officialdom will one day catch up with reality in the Horn of Africa.

Bill Snaddon is a freelance journalist and filmmaker who’s been covering Africa since 2009. More on his website billsnaddon.com and on Twitter @billsnaddon