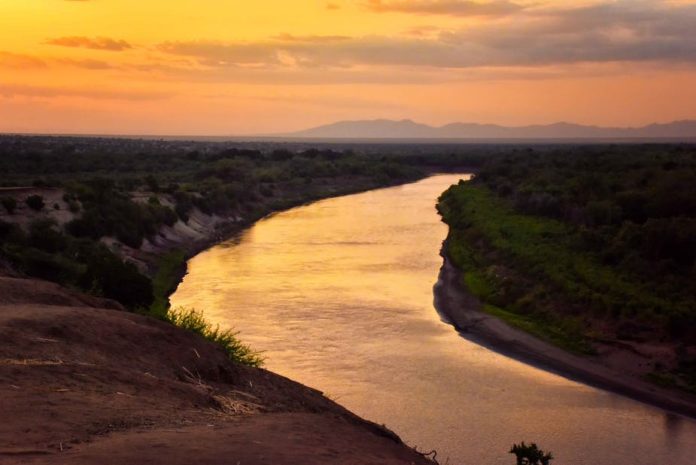 If it’s completed, the Kuraz sugar project in Ethiopia will be a mega-scheme unprecedented in size and processing capacity. The project sits on 100,000 hectares in the southwestern lowlands along the lower reaches of the Omo River.

Kuraz was the showcase project of the state-owned Ethiopian Sugar Corporation under the country’s first five-year growth and transformation plan launched nearly a decade ago. One of its central objectives was to meet increasing local demand for sugar. It also aimed to become a net exporter of sweeteners, and to create hundreds of thousands of jobs.

This was to be achieved through the development of large-scale irrigated sugarcane estates. But today, Kuraz is just one example of the disappointing results of a decade of state-led sugar industrialisation.

Across the country, several billion US dollars have been invested in new processors. Existing sugar estates have also been expanded. Yet, progress has been stuttering for years. This is illustrated by fluctuating industry output. The planned cane cultivation of Kuraz, the largest of such ventures, has been reduced by 75,000 hectares. The number of processors has also been reduced from five to four, partly because of a costly redesign of waterworks.

The ambitious goal of exporting surplus production remains a distant reality – if it’s even possible at all. Employment creation, another central aspect of the government’s vision for the industry, has been particularly unsuccessful.

At the opening of Kuraz’s second processing factory out of four planned last year, prime minister Abiy Ahmed chose surprisingly optimistic words. He proclaimed that “problems seem to be alleviated” now. As it stands, the government’s proposed solution is private investment to proceed with Kuraz and the other state sugar projects in Tigray, Afar, Amhara, and Southern Nations regions.

But it’s debatable whether this is the best or most practical solution to harnessing the potential of Ethiopia’s sugar industry.

The state corporation is overburdened with debt. It needs substantial capital to service outstanding loans and get the industry on track. The Commercial Bank of Ethiopia reportedly provided loans equivalent to more than $2 billion for expansion and modernisation projects. This puts the government in a tight spot: repayment was only expected once these schemes were finalised.

The latest estimates refer to an additional $2 billion in outstanding external debt contracted by the corporation. Added to this are capital injections of unknown dimensions into the sugar industry from the sale of the 2014-Eurobond and the Sugar Industry Development Fund.

In view of this, divestment might seem a logical solution to escape the debt trap. But the government would also be compelled to revise earlier projections of return on investment and expected profits.

Following the official privatisation announcements in June last year, 30 potential bidders had recorded interest by January 2019. This confirms the agro-economic potential of several schemes but the central question on how develop a profitable and sustainable sugar industry remains unanswered.

Prospective investors have a tough task. They must be successful in an industry beset by technical challenges and incomplete planning. A vital first step is to identify all the root causes of operational failures. These include the failure to include and compensate local communities adequately.

A realistic look at the actual feasibility of projects will be crucial, too. These projects were designed and conceived in high spirits and with great optimism. A dose of reality is needed. The quality of waterworks for irrigation and incomplete feasibility studies might be a key limiting factor.

Only time will tell just how oversized the Kuraz processing plants are. A sufficient supply of cane is critical to ensure the processors run at full capacity. This much cane may simply not be available.

The price investors will be willing to pay for estates not operating at full capacity will mainly depend on the status of construction, quality of existing infrastructure, and cultivation potential.

But there are other factors potential buyers from the private sector will have to consider. These include land lease payments, export restrictions, and supply for domestic consumption. The sharing of tax and rent revenues between the federal and regional states is a burning issue and needs to be resolved before the privatisation of state-owned assets.

Finally, there are concerns about how Ethiopia will manage domestic sugar demand and decrease its import dependency – a primary reason for the government’s bet on sugar industrialisation.

The challenges won’t stop there. Investors, especially in the lower Omo Valley, will be faced with a different, but equally critical issue: negative publicity and reputational risk. Academic studies and reports by international rights groups have repeatedly pointed to the negative effects on local people’s livelihoods stemming from defects in how Kuraz is being planned and implemented.

There can be no denying that Kuraz has so far failed on its “development promises” made to the indigenous local communities. Existing land users have also not been compensated, included or consulted adequately. How local conflict dynamics will evolve and if scarcity-induced migration threatens regional stability are important questions.

Sugarcane is a water-intensive crop. That increases the challenges for sustainable development. This is largely neglected in the official debates on the industry’s future trajectories. Chances are high that agricultural run-off, and effluent – liquid waste or sewage – from processing will seriously affect complex water systems. Agricultural run-off could include water from farm fields that contain fertilisers, pesticides, animal waste, or soil particles which enters and contaminates drinking water.

Increasing local acceptance of the project will require a novel approach towards local inclusion. It will also require substantial additional financial commitments by the government. More importantly, this needs the support and endorsement of new stakeholders from the private sector.

The successful operation of a scheme such as Kuraz is subject to more than capital and the solving of technical problems. From now on, the success of the sugar industry will be measured not only in economic terms but in how environmental and social costs will be reduced.