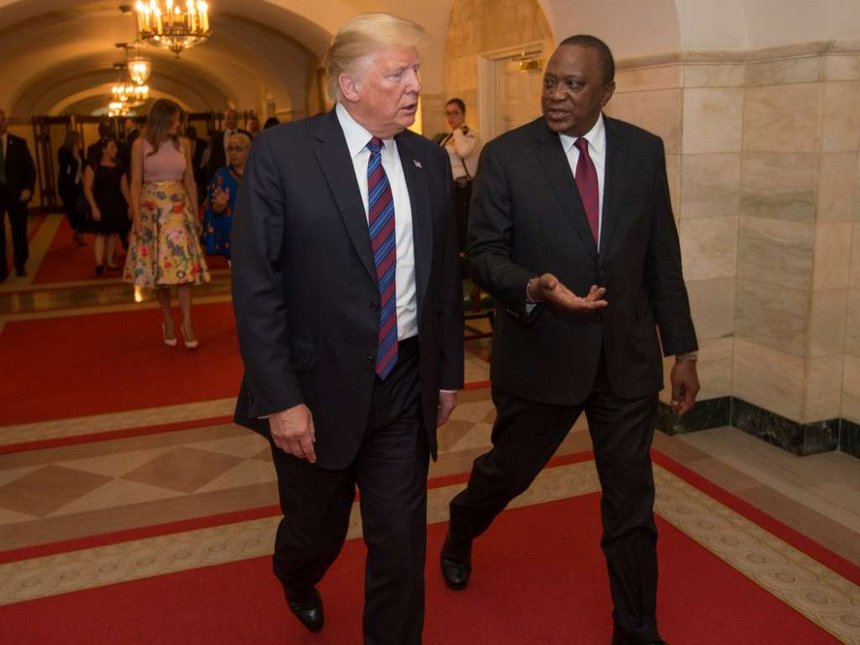 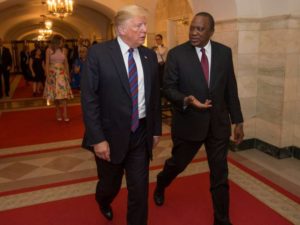 President Donald Trump and President Uhuru Kenyatta have agreed to bolster the Kenya-US partnership in peace and security especially in the Horn of Africa region. /PSCU

President Uhuru Kenyatta has said it impossible to say when Kenyan troops will withdraw from Somalia.

Speaking to VOA news in Washington, DC, Uhuru said Kenya hopes to pull out of Somalia “in the shortest possible time”.

“We hope to work together with the government of Somalia to help strengthen their security so they are able to take care of their country. After that we can pull back to our borders and reduce the costs we are incurring,” Uhuru said.

He, however, said until that happens, it would not be right to pull out and leave a vacuum.

“It is impossible for us to say when the withdrawal date will be. It is based on us being able to defeat al-Shabaab, on the people Somali people being able to establish strong, solid security structures, on a national army and good administrative structures,” Uhuru said.

The President said the focus should be on stabilising Somalia.

Uhuru and US President Donald Trump agreed to deepen cooperation in defence and security for efficient war against terror.

“We have had very strong and excellent cooperation with the US in security and defence, especially in the fight against terrorism. Most important, we are here looking to enhance our partnership in trade and investment,” Uhuru said.

According to the United Nations Security Council Resolution 2,372 (2017), Kenyan troops are expected to leave Somalia in December 2020 after mentoring Somali security forces to take over control from Amisom.

In the plan, all the 16 Forward Operating Bases occupied by KDF troops under Amisom will be taken over by Somalia National Army and the Jubaland Security Force.

In May, however, Ugandan commander of Amison contingent Brigadier Gen Paul Lokech warned against the reduction of the peacekeeping force in Somalia. He told journalists the move could have “consequential negative impact on efforts to stabilise the country”.

“From a military perspective, I would say it is not yet time for us to draw down. We need time to prepare the local forces for a transition,” Lokech said.