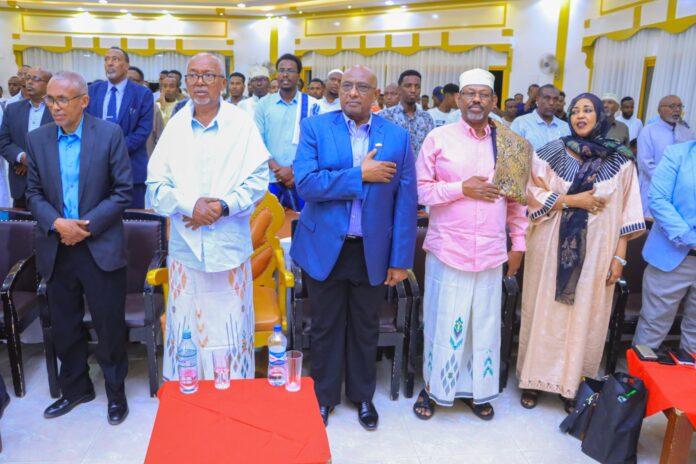 A cross section of the country leaders also attended the commemoration- Here are their quotations:

The widow of the late president Mrs.Kaltun Haji Dahir said “We founded the Egal Foundation in 2006, unfortunately all previous administrations have failed to acknowledge and support the foundation.”

Minister of livestock development Hon. Saeed Sulub noted, “The children of the late president Egal never inherited a dime from their late father, since the late President Mohamed Haji Ibrahim Egal left nothing.”

Minister of Information Sulaiman Yusuf Ali Kore “If the history of the late Egal is to be told, it cannot be summed up, Somalia, Somaliland and the continent of Africa, all he had a long history.

The minister of finance Dr.Sa’ad Ali Shire- “We remember Egal through the country’s Airport which was named after him. Time has come for us to remember him in our education syllabus and public libraries.”

Jama Musa Jama- “It is important to teach our children about the history of Somaliland independence and the people behind the independence struggle such as the late president Mohamed Haji Ibrahim Egal. This vital part of history should be published in our school text books.”