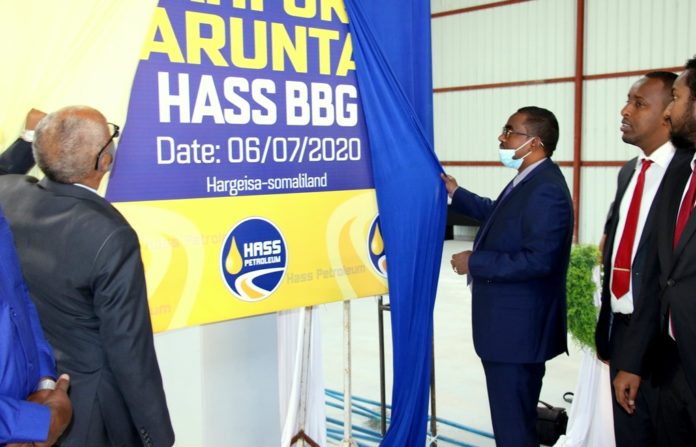 Hargeisa-The Vice President of the Republic of Somaliland H.E Abdurrahman Abdullah Ismail (Saylici), on Monday, cut the ribbon to the two Vehicle and Safety Inspection Centres located in the eastern and western fringes of the capital of Hargeisa, Hass Petroleum jointly owns the two facilities with Al-Sharif Vehicle Inspection Company.

Similar Vehicle and Safety Inspection facilities will be opened soon in five major towns across the country with the aim to save the lives of citizens, and prevent accidents vehicles causes of death, injury and destruction of property.

The Somaliland Ministry of Transport and Road Development previously submitted a tender with the National Tender border for Vehicle and Safety Inspection and six privately owned firms won the contract after competing in major regions of the country. The new facilities launched by the Vice President will now be charged with inspecting the roadworthiness of all vehicles; this is part of the ongoing progress country.

Company executives, speaking at the event, elaborated on the reasons behind importing equipment is not only ensuring the quality of vehicles but also attributed to the ever-increasing car accidents on our roads. Car Accidents have caused the loss of life and property, noting that the average number of people killed in traffic accidents in Somaliland annually is 300/400 persons, and those injured are said to be 5000 thousand.

Hon. Abdillahi Abokor Osman, the Minister of Transport and Road Development speaking at the event, described the progress and benefits of the project in Somaliland.

“The ministry has developed its five-year employment strategy, as part of its annual plan for the ministry. Therefore, the project is part of the plan for the year 2020, the Ministry plans to implement operational activities to inspect the safety roadworthiness of state and public transport vehicles. The Ministry of Transport after conducting a study of on the causes of road accidents in our roads, we found out that driver recklessness was the first cause since our system of driving and knowledge of drivers was below standards, and the Department decided to amend the system of issuances of driver’s license.   “We have now adopted a digital system with a database that stores the information of everyone who is currently applying for a driver’s license all his secure personal data, up to their ID CARD,” said the Hon. Abdullahi Abokor Osman.

Hon. Saleban Ali Koore, the Information Minister and the Minister of Investment welcomed the project saying it will immensely benefit the people of Somaliland and at the same time commended the Minister of Transport and Road Development for adopting the idea which will reduce accidents in our road. They further urged the firms tasked with implementing the project to be patriotic, honest, and use their expertise while serving fellow citizens and check every vehicle roadworthiness thoroughly.

UCID party chairperson, Eng. Faisal Ali Warabe speaking at the event, praised the Ministry of Transport for introducing the new project that will improve road safety, vehicle inspection was there even during the times of the former colonizers who used to stop and check the roadworthiness of vehicles plying our roads, those found to be unfit were not allowed to ferry passengers.

Vice President of Somaliland Abdirahman Abdillahi Ismail (Saylici), who spoke at the end of the event, greatly praised the Ministry of Transport and Development for his positive action and thanked the companies that invested in the project, he urged fellow citizens to ensure their vehicles undergo inspection so as to ensure road safety. 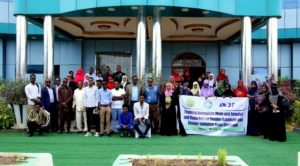 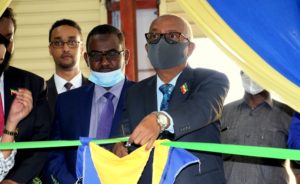 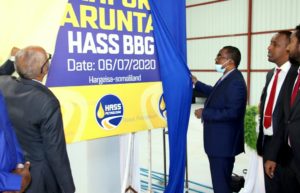 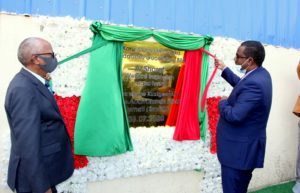 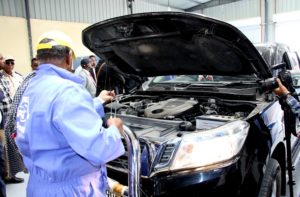 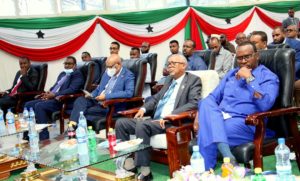