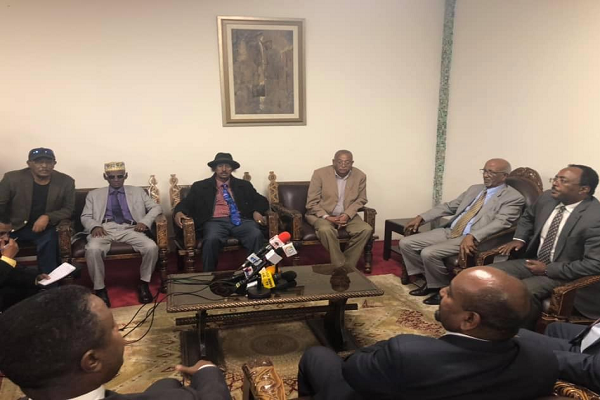 Ethiopia’s Ambassador to Eritrea, Redwan Hussien told ENA that the political and economic relations at the government level are progressing well.

Public diplomacy delegations of the countries would therefore further cement the strong people-to-people ties, he added.

The enthusiasm of the Eritrean Public Diplomacy delegation which arrived in Addis Ababa yesterday is the reflection of the desire of the Eritrean people to extend their deep love to the sisterly and brotherly people of Ethiopian, Ambassador Redwan elaborated.

A week-long musical and cultural performance is a step forward in strengthening people-to-people ties, he further noted.

“It is an opportunity for both people to share their feelings. Hopefully, Ethiopians will show their deep love to their Eritrean sisters and brothers,” Redwan noted.

The other singer, Minas Belay said, “We are happy to be here after years of separation between the two countries; and we will contribute our best to deepen our relation.”

Ethiopian public diplomacy delegation will fly to Eritrea for same purpose, it was indicated.

Leaders of Ethiopia and Eritrea restored recently relations between the two countries, ending 20 years of enmity.

The decision to fully accept the peace deal was the biggest and most surprising reform announced by Ethiopia’s Prime Minister Abiy Ahmed, who took office last year and quickly set off a wave of reforms.