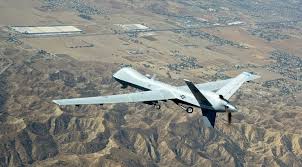 Friday’s airstrike targeted their vehicle while the men were travelling in Golis, a mountainous area controlled by the group, a senior Somali intelligence official told The Associated Press.

Another Somali official said among those killed was a notorious bomb expert who had been on the intelligence radar for nearly a year.

The officials spoke on condition of anonymity because they were not authorized to speak to the media.

The U.S. Africa Command confirmed the airstrike and said it was carried out in coordination with Somalia’s government.

AFRICOM did not immediately reply to a question about how many airstrikes the U.S. has carried out in Somalia this year.