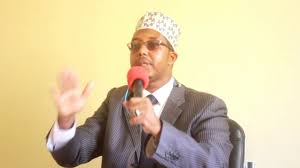 Somaliland Upper House of Parlimaent has answered to a case filed by the National Consultative and Rectification Forum.

The Forum which has complained over the term extension that the Guurti had made and took the matter to the Supreme court in Somaliland to intervene.

The Chair of Home Affairs Committee for the House of Elders, Mr. Mohamed Abdirahman has argued that the parliament term extension is binding and is inline with the country’s constitution.

He noted that the term was extended in order to avoid a parliament shutdown which is the state’s legislative body.

He clearly stated that there was no crisis which is detrimental than the parliament to have a vacuum.

As per the state constitution, it clearly states that the term of the parliament can be extended if the country is faced with war, lack of internal security and during time of natural disasters.

The Forum which had lodged the case at the high court demanded that the it must change the decision reached by the Guurti which extended the term for the national assembly by 2020 and its term by 2023.

Local and international organization that lobby for Somaliland democracy have cried foul over the unconstitutional term extension which deferred parliament and local polls that the country scheduled to hold in 2020.