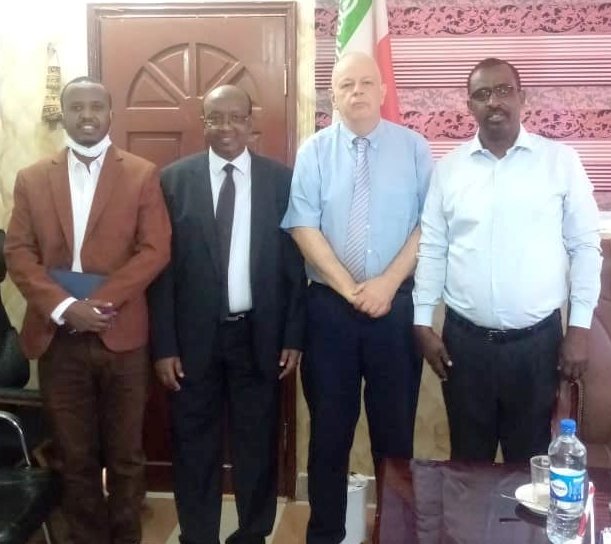 The Head of UNSOM Office in Somaliland, Mr. Simon Strachman, yesterday paid a courtesy call to the Lower House of Parliament. Mr. Simon was accompanied by head of human rights of Unsom office in Somaliland. The objective of the meeting was for introduction and that the speakers of the house will get to know UNSOM officials. The new speaker of the house of reps. Hon. Abdirisak Khalif Ahmed briefed Unsom officials of the plans in place for the house to accomplish in the upcoming year. He said that the house to discharge its constitutional responsibilities as effectively and efficiently as it can is a top priority for his leadership. On his side, Mr. Simon, promised to closely work with the House of the National Assembly. He further reiterated that Unsom will support the parliament in the foreseeable future. During the meeting, the first deputy speaker, Mr. Said Mire Farah, said that the house is committed to achieve progress during its term in office. The meeting ended with common understanding of the issues that were discussed.