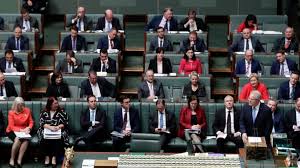 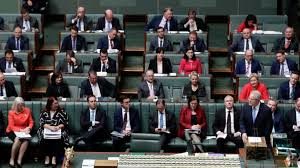 Another day, another stellar global comparison for Australia.

We’ve just been ranked third out of 189 countries by the United Nations Human Development Index, arguably the most meaningful assessment of how nations are performing relative to one another.

Australia is not a world beater on every count of course – when it comes to the share of female parliamentarians, for instance, a swag of nations do better than us including Ethiopia and Cuba.

Australia has been an exceptional performer on the UN’s index since it began in 1990  – we’ve ranked second or third for some years.

So what’s the secret to our success?

We all know money isn’t everything and the human development index takes account of that.

Some nations with very high incomes don’t rate all that well on its league table.

While wealth is important, it was Australia’s high standards of health and education which has lifted us to the top of the league table.

Australia does noticeably better on the index than the other “Anglosphere” nations that we’re often compared to – United States, United Kingdom, Canada and New Zealand. None of those countries makes it into the top 10 in the UN’s index. Canada is closest to Australia, at number 12, followed by the US (13th), the UK (14th) and New Zealand (16th).

But the human development index offers some deeper insights about how we are doing relative to international peers and regional neighbours.

One table in the report adjusts the overall rankings to take account of social inequality. It looks beyond the average results for health, education and income to show how those benefits are distributed among all residents.

After tweaking for inequality Australia drops four places to equal seventh alongside Germany. That’s still very good but Iceland, Japan, Finland and Sweden all leap frog above us on that measure.

The index’s number crunchers conduct another revealing adjustment – they modify the rankings to take account of gender equality. That’s done by assessing the state of reproductive health, the level of women’s participation in the political system, girls’ schooling and the extent of female involvement in paid employment.

That adjustment pushes Australia’s ranking even lower – we slump to 23rd in the world once gender equity is taken into account.

One factor dragging us down is our mediocre share of female MPs.

The UN figures show 32.7 per cent of seats in Australian parliaments were held by women last year. More than 30 nations on the index had a higher share than that, including Argentina, Bolivia, Mozambique and Tanzania.

When the human development index results for every nation are taken into account the average for women is 6 percent lower than that of men.

“Given current rates of progress it could take over 200 years to close the economic gender gap across the planet,” the report said.

The index also reveals how Australia compares with other nations in the use of popular technologies. It shows 88.2 per cent of Australians were internet users in 2016, a little higher than the average share of 80.3 per cent across the 60 wealthy nations on the index classified as having “very high human development.” Our share of internet users was nearly double the global average of 45.7 per cent.

The UN data underscores the global popularity of mobile phones. It showed that in 2016 there are were more mobile phone subscriptions than there were people in over half the 189 nations included.

But maybe the most striking thing of all about the human development index is the enormous gap it reveals between Australia and our regional neighbours to the near north. All of them were over 100 places lower than us in the global rankings.

Our closest neighbour, Papua New Guinea, comes in at a lowly 153rd and nearby Solomon Islands is one place higher at number 152. Both of those nations were part of a group of 26 countries classified as having “low” human development.

Other near-neighbours The Philippines (ranked 113th), Indonesia (116th) and Timor-Leste (132nd) were all in the “medium” human development category.

And it might surprise you that China is still a mid-table country on the human development index despite its growing economic and political influence.

It came in at number 86 on the league table this year having climbed seven places since 2012.

It’s a reminder that Australia is a fabulously well-off member of the regional neighbourhood.