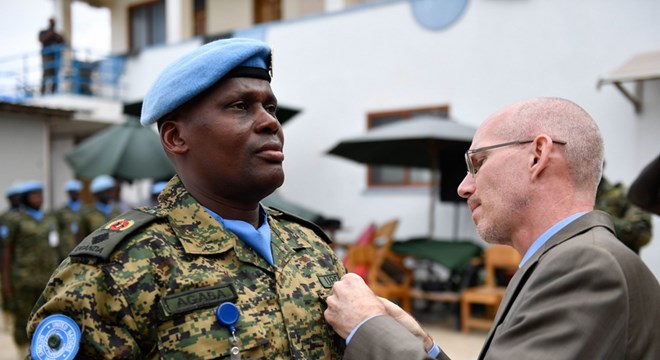 MOGADISHU, July 17 (Xinhua) — The UN mission in Somalia has honored soldiers of United Nations Guard Units (UNGU) for distinguished service in the Horn of Africa nation.

The soldiers, belonging to UNGU 5, were awarded the United Nations Medal for Special Service, normally conferred to military and police personnel who have served the UN with distinction, the UN mission in Somalia said in a statement issued in Mogadishu on Wednesday.

Swan added that the close working relations had contributed immensely in improving security in Somalia.

“Your work in protecting the United Nations in Mogadishu allows us to do our work in support of the Somali people. You have made contributions to these efforts directly and indirectly,” said Swan.

James Lakara, AMISOM deputy force commander lauded the contingent for delivering on their tasks despite the challenges they faced.

“This contingent has delivered on its tasks and I take this opportunity to congratulate members of UNGU 5 for a job well done,” said Lakara.