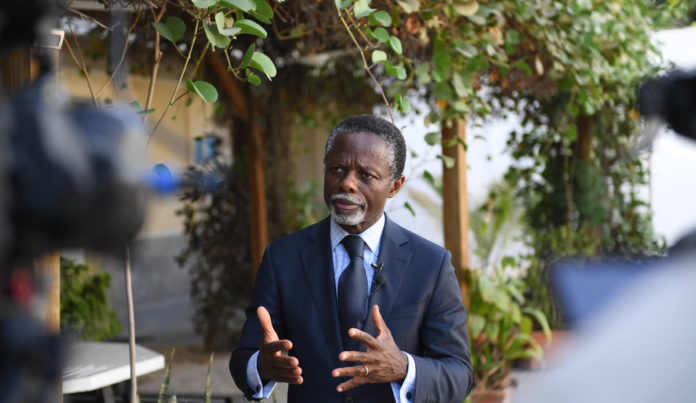 The top UN official for the Horn of Africa today left Somalia expressing hope for the country’s progress as it enters a pivotal year on various fronts of development.

“We can see that a number of promising reforms are being put in place. There is hope that, as daunting as challenges can be, they cannot resist the joined-up and collective engagement of the international community,” said the UN Secretary-General’s Special Envoy for the Horn of Africa, Parfait Onanga-Anyanga.

“It gives me hope that, as the country will be engaging in a quite significant electoral process, everything will be done in a way that the country can build on its gains so far, to strengthen the rule of law and governance structures,” he added.

The UN official spent the past two days in the Somali capital of Mogadishu, where he met a range of national and international actors, and discussed regional security, elections, development, humanitarian and other issues.

Mr. Onanga-Anyanga’s meetings included an encounter with Somalia’s Special Envoy for the Horn of Africa, Red Sea and Gulf of Aden, Balal Mohamed Usman, with whom he spoke about the importance of dialogue for peace and prosperity in the region.

Later, Mr. Onanga-Anyanga met the Chairperson of Somalia’s National Independent Electoral Commission, Halima Ibrahim, and discussed some of the challenges and opportunities regarding the credibility and transparency of the country’s upcoming, ‘one-person, one vote’ elections.

“Elections can be a national reconciliation process but​ ​they may also be a catalyst for conflict, and therefore the electoral process should be supported by the United Nations,” the Special Envoy said.

Mr. Onanga-Anyanga also spoke with representatives of Somali civil society organisations, highlighting the importance of inclusive political participation and the meaningful role that women and the youth play in the process. He further encouraged them to continue collaborating with the UN as many of the issues on which their organisations work are at the core of the work carried out by the world body.

“I leave Mogadishu with an increased sense of hope and optimism in the capacities of the Somali people and their government to overcome the current challenges they are facing,” the visiting official said.

Mr. Parfait Onanga-Anyanga also held discussions with diplomatic representatives of countries from the Horn of Africa and the Red Sea regions, alongside other ambassadors from Somalia’s international partners.