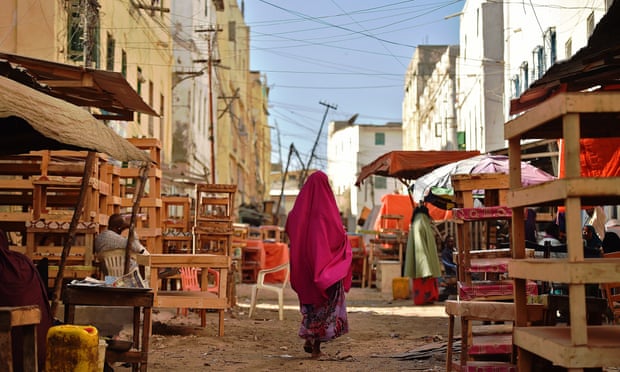 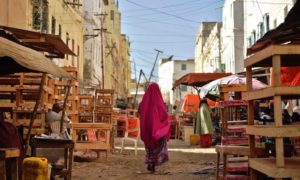 British Somali teenagers are being taken back to their parents’ homeland under the pretence of a holiday and then kept in detention centres before being forced into marriages, it can be revealed.

Under the practice of dhaqan celis – loosely translated as “the rehabilitation community” – Somali children and teenagers are routinely taken to the African nation. Oncethere, they are often sent to “rehabilitation” centres.

These centres promote themselves as “re-education” schools to align young people with Somali cultural values and their Somali roots. However, the Home Office says they generally do not deliver an academic curriculum and are in fact detention centres where young people are routinely subjected to physical, sexual and mental abuse. In some cases, those held against their will are told the only way out is to get married.

David Myers, joint head of the Home Office’s forced marriage unit (FMU) in the UK, said: “What we are seeing in these communities is that young people who have antisocial behaviour issues, are getting involved in gangs and drugs, and are being sent back to Somalia by their parents for re-education and rehabilitation.

“The concept in Somali culture, dhaqan celis, means returning to the culture to help them rehabilitate and they are sent to what they call schools but what we call detention centres. We have had reports of physical abuse, mental abuse, sexual abuse within these centres, where they are kept in really strict conditions.

“These teenagers and children are told that the only way they can escape these centres is to get married to another Somalian and that is where the forced marriage element comes into it.”

Somalia has more cases than India, for example, putting it third in countries with the highest number of cases of forced marriage.

Myers said: “The Somalia case is unusual. Traditionally, when you look at these cases you always think of South Asian communities but the Somalian community is a new and emerging community in the UK and the second generation are coming of age.”

The number of cases reported to the FMU in 2017 was more than double the number received the previous year. Almost 75% of the victims, some younger than 15, were already overseas when they contacted the FMU.

There were calls from 65 females and 26 males. Of those, 23 were under the age of 15. London had the highest number of victims at 64, with seven coming from the north-west.

When the Guardian contacted a number of UK-based Somali community organisations and charities, most said they had not heard of the practice or denied that forced marriage involving British Somali nationals was taking place.

Sahra Abdi, the head of the Lodge Lane Somali women’s group in Liverpool, said forced marriage was not a problem within the Somali communities in the north of England and was concentrated in London.

Abdi, a mother of six, once missed a flight to Somalia after being questioned by police at the airport. Abdi was travelling with her three daughters aged 14, 12 and 10 at the time. She said officers were concerned she was taking her daughters back to Somalia to force them to marry.

“We have five big Somali communities in Liverpool. They started coming over in 1985 during the civil war and I have been here for 18 years and never heard of this.”

However, the Somali Golden Centre of Opportunity in Manchester passed on the details of Abdillahi Abokor, a British Somali national who decided to move back to Somalia after living and working in London for several years.

The former youth worker who worked at the United Nations office in Somalia said parents were taking their children back to Somalia to “protect them”.

Speaking from Hargeisa in Somaliland, Abokor, a father of four, said the issue has been taken out of context and admitted that young people were being brought back to Somalia from across Europe, including the UK, Finland, France and Germany, and sometimes being married.

He said that many young Somali people in the UK were getting involved in drugs and gangs. “It is true that parents are bringing their children back here but there is a reason for this. They are bringing them back so they learn that the life that they have in the UK is the wrong life. Parents do get them married but I wouldn’t say it is forced. It is arranged and their lifestyle is changed.”

Abokor, 41, confirmed the existence of many “rehabilitation” centres. Referring to them as boarding schools, he said the government had started monitoring the centres after a recent case involving two girls. The girls contacted an embassy saying they had been abused. The Somali government was put on “red alert”, he said.

But he denied abuse was taking place and claimed youngsters were “making stories up” so they could return to the freedoms they enjoyed in western countries.

He added: “The girls did not like the lifestyle here so they had to make a plan to go back. Yes, the boarding school are different to the lifestyles they have in the UK or America. Here they don’t have access to social media, the internet, the freedoms that they had. They had to make a story up to get back.”

Abokor says his son, who is living in London, will be brought back to Somalia once he finishes his GCSEs. “I will bring him back. I don’t want him to end up dying or getting stabbed. I don’t want him to get involved with gangs. In the UK, if you are young and Somali you are forced to join a gang.

“This is 100% a way of protecting our children. A marriage is sometimes arranged, yes.”

Calling for help in the midst of abuse

Sabrine had just turned 17 and finished school when her parents forced her to travel to Somalia and put her under immense pressure to marry a man who would go on to rape her on a regular basis.

In desperation and now pregnant with her rapist’s child, she called the Karma Nirvana helpline, a charity that campaigns against “honour-based” violence and takes thousands of calls a year from victims.

Sabrine, now 18, explained that her parents told her that if she did not sponsor the man so that he would get a UK visa, she would be sent back to the African state.

Once he arrived her misery began. He lived with her and her parents. Sabrine said the man was very controlling and raped her numerous times.

Sabrine, who is also a victim of female genital mutilation (FGM), carried out when she was a child, suffered in silence for a long time. She once plucked up the courage to confront her mother about being forced to have sex but was told she would have to endure this, as it was her “duty as a wife”.

Feeling suicidal and believing that she had no one to turn to, she called the helpline. Support workers gave her advice and she eventually managed to escape. She and her unborn child are now in safe accommodation.

Meanwhile, Anna, a professional who had been providing support to a 16-year-old called Sabha, called the helpline concerned that the youngster would be returned to her home. Sabha was regularly subjected to sexual and physical abuse and was being threatened with forced marriage.

Sabha, who was called the black sheep of the family for refusing to wear a headscarf, was beaten up by her father and told by her uncle that if she did not conform he “would be happy to do 15 years in prison”.

After threats were made to take her abroad,social services became involved and she was placed into foster care. However, shortly afterwards social services said she could return home as they deemedher no longer at risk, with her family saying that they “missed her”.

This prompted Annato contact the helpline as she believed social services were “not listening to the victim as they think that she is just misbehaving and are instead believing what the family are saying”.

Afterseveral calls to the charity, including one in which Sabha spoke to support workers, it was established that Sabha was at very high risk of abuse and Anna was advised to contact the police. Sabha is now safe and will be remaining in foster care. Names have been changed