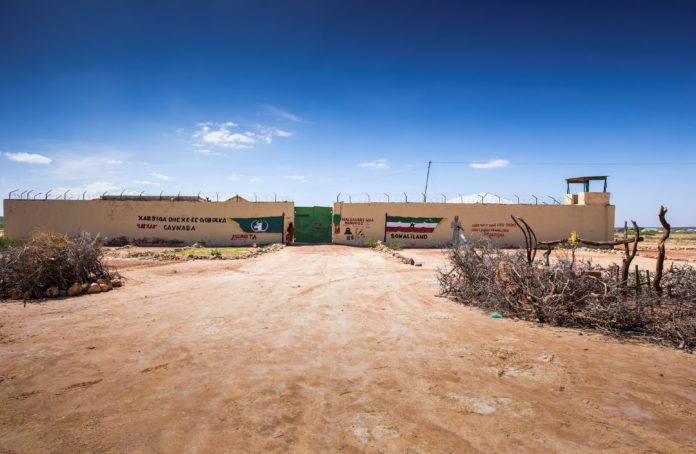 In 2019 Bukhari Abdi, 15, was sentenced to two years in prison for stealing a phone in a small town between Hargeisa and Berbera. The phone he stole was worth $50 USD.

While serving his sentence at Mandera prison, Bukhari met Nimco, a paralegal officer working at the UK-supported Horizon Institute, an organisation working to provide legal empowerment to the most vulnerable members of Somaliland society.

Bukhari was receiving a legal education course for juvenile prisoners in June 2019, and explained his case to Nimco. He asked for help in how he could appeal his case. Bukhari was already past the 30-day deadline for filing an appeal when he met Nimco. She was able to reopen Bukhari’s appeal. The judge ruled that if the $50 value of the phone was repaid to the victim, he would release him. Bukhari’s father repaid the value of the phone and Bukhari was released in September 2019.

The teenager is just one of the thousands who have benefited from the UK-supported access to justice programme in Somaliland. Horizon Institute is working to educate vulnerable communities, those internally displaced and juvenile prisoners, to help them better navigate the criminal justice system and represent themselves more effectively in court.

In 2020, Horizon’s paralegals have provided assistance and worked with Prison and Justice Officials to help release 814 eligible people from detention in Somaliland, including 173 through remote assistance during Covid19. In addition to ensuring access to justice for vulnerable individuals, these efforts have helped reduce prisoner numbers in support of Somaliland’s Covid19 response.

Through their work, the legal advocates have supported various prisons and courts across five of Somaliland’s six regions (Sool, Togdheer, Saahil, Maroodi-Jeex, and Awdal).

Yousuf Osman Adan, Commander of Aynabo Prison, Sool Region had this to say about the UK support:

“Before Horizon’s paralegals helped us facilitate the cases at Aynabo Prison, I felt like the process was slow but now the prisoners have legal help. Horizon also provided stationery” for our offices and they also gave blankets to the inmates.”

“The UK is committed to supporting fair and equitable criminal justice in Somaliland. I observed first-hand the excellent work of Horizon’s paralegals at Mandera Prison in February when I participated in a mock trial as part of a legal empowerment session with juvenile prisoners. Through their work, thousands like Bukhari have been able to secure their legal rights within the criminal justice system.”