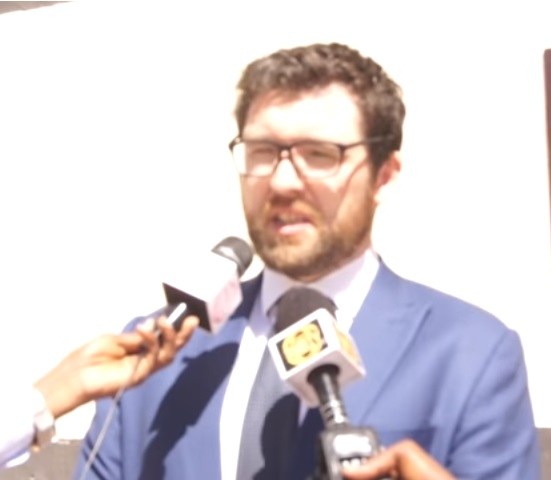 HARGEISA– UK head of mission to Somaliland, Mr. Stuart Brown, has on Thursday paid a courtesy call to the House of the parliament building.

The UK head of mission has held talks with foreign relations committees of Somaliland’s upper and Lower Houses of parliament. Mr. Stuart has said that he has been accorded with cordial welcome and further reiterated that he will work towards the boosting of the bilateral ties between the UK and Somaliland.

Mr. Brown met with government officials for getting to know each other and start working together. He replaced Ms. Rosie Tapper who was appointed as the head of political affairs of British embassy to Baqdad, Iraq.