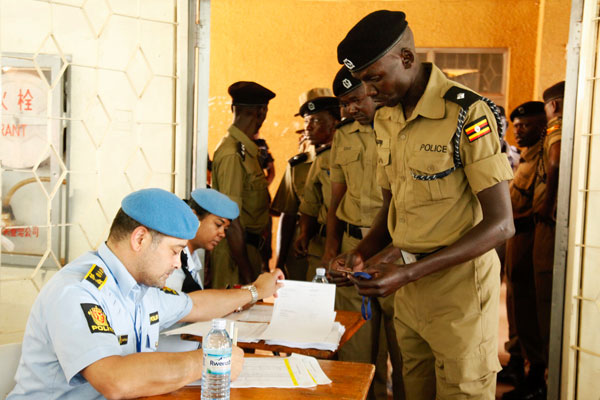 Plans are underway to deploy more police officers in Somalia to help build capacity for the budding Somali police.
Mr Grace Turyagumanawe, the police director of Peace Support, who is on a visit to Mogadishu to assess the status of the policing vehicles and welfare of about 160 police officers in Somalia, said there are plans to have another Formed Police Unit (FPU) deployed in the Horn of Africa.

The statement issued by the African Union Mission in Somalia (Amisom) yesterday quoted Mr Turyagumanawe saying Uganda was planning to acquire equipment for the planned deployment.
“Preparations are underway to ensure that we deploy a second formed unit as was agreed on recently. We are working on acquiring the necessary equipment,” Mr Turyagumanawe said.
The FPU is normally composed of at least 160 officers, and this would increase the number of Ugandan police officers in Somalia to more than 300.

Increment of police officers under Amisom is part of the transition plan to improve the capacity of the Somali police through training.
“Under the Somalia Transition Plan, Amisom police is to ensure that the Somali Police Force is adequately capacitated in preparation to assume full responsibility of maintaining law and order in the country when Amisom leaves in 2021,” the statement read. The UN Security Council authorised Amisom to deploy up to 1,040 police personnel under the police component, which includes Individual Police Officers and five FPUs.

Uganda is one of Amisom police contributing countries.
Others include Ghana, Kenya, Nigeria, Sierra Leone, and Zambia.
Ghana has also agreed to deploy an FPU contingent under Amisom.