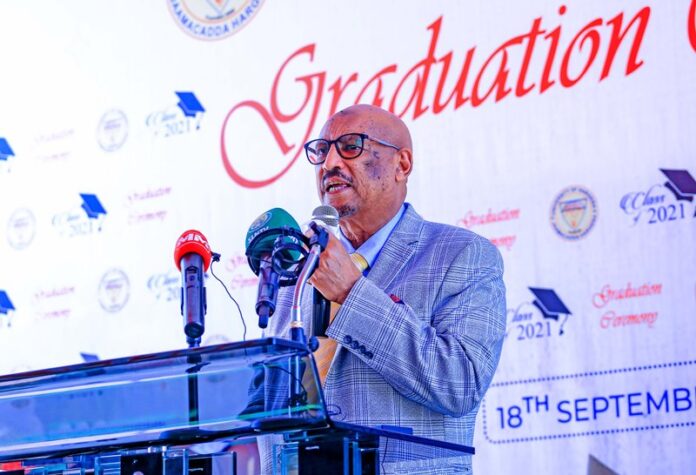 The chairman of the UCID party Eng Faysal Ali Warabe has called on the government to prepare laws that will be approved by the parliament and make accountable Somaliland individuals who participate in Somali politics.

Speaking at the graduation ceremony of 1,117 students at the University of Hargeisa yesterday, Eng Faysal called on students and the Somaliland community to be united, so that ‘we can defeat our foreign enemies and Somalia’s policies against our interests’.

Eng Faysal called for strict laws to be enacted for those who work in Somalia and called on the government to formulate laws that criminalize those who participate in Somali politics “for denting our image”.

He urged various laws intended on security, subversion, defamation, hatred, incitement and tribalism to be created. “Before people can be arrested, we have to enact the applicable laws” he said.

Eng Faysal congratulated the graduating students and commended the President of Somaliland on his decision to hold presidential elections next year.