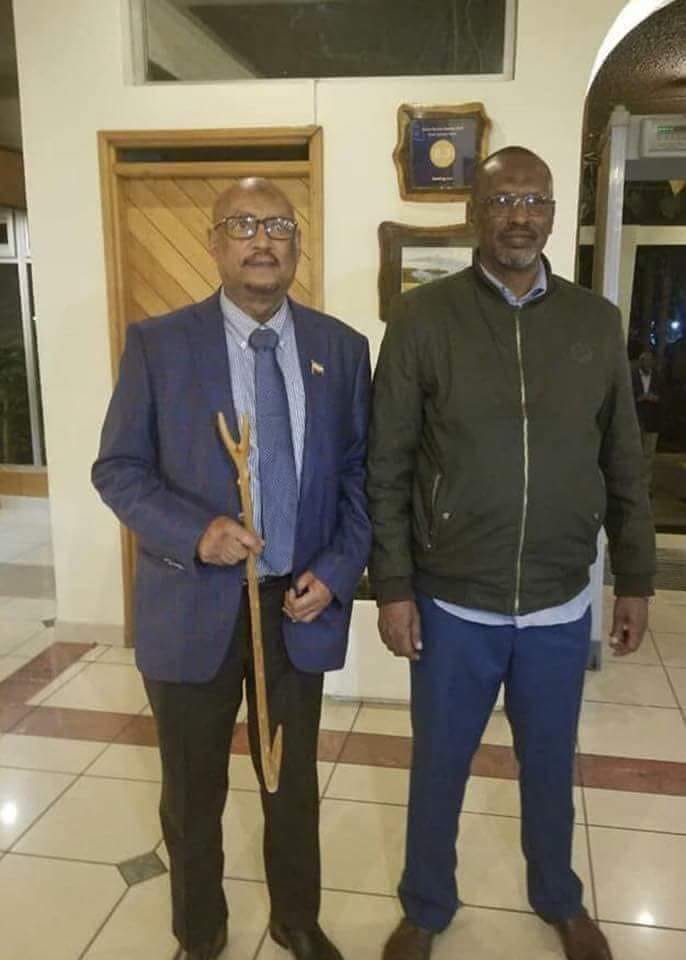 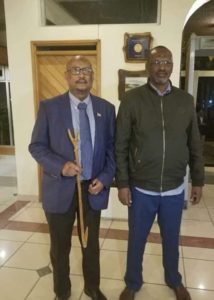 The Justice & Welfare Party (UCID) chairman, Hon. Faisal Ali Warabe met with Former senior member of Ogaden National Liberation Front (ONLF), and a former decorated member of Somalia’s military, Hon. Abdikarin Muse a.k.a. “Qalbi Dhagah”. The two met in Nairobi, Kenya’s capital.  Mr. Qalbi Dhagah was extradited to Ethiopia after he was handed over by Somali Federal Government officials (SFG) who snatched him from Galmdug and while blindfolded and handcuffed was airlifted to Ethiopia were he was imprisoned. The current Ethiopian leader, Abiy Ahmed has spearheaded reforms which allowed the likes of Qalbi Dhagah to regain his freedom. Mr. Qalbi Dhagah while making a speech at Nairobi reception said that leaders in Somalia must emulate the democracy in Somalilaand.